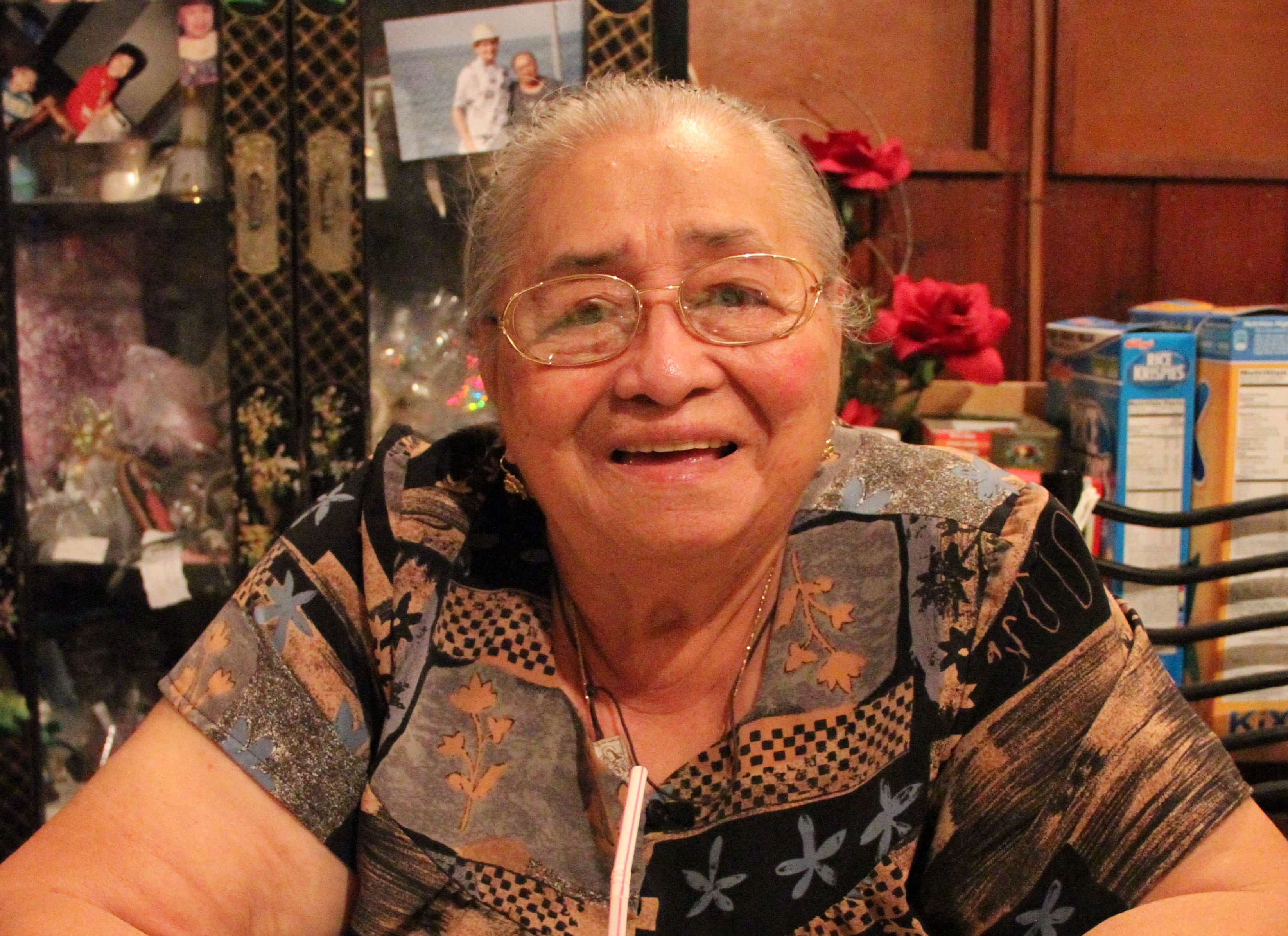 ‘We drank our tears’

Huddled together in a cramped cave during the Battle of Saipan, they wept to slake their thirst.

In an interview back in 2011, Tan Escolastica Tudela Cabrera said they were out of food and water inside the cave in 1944. For 19 days their family lived inside the cave as Saipan was in the midst of intense fighting between the Japanese and American forces. Even with a spring next to where they were hiding, they couldn’t risk being hit by errant bullets or bombs. Over extreme hunger and thirst, they resorted to drinking their tears to get by.

Found by an American soldier, their family was relocated to Camp Susupe and on the way there, Tan Esco said they saw dead bodies on the road. At the camp, she said they slept on the sand and they had no privacy. After six months, having been all cleared to move about the island, the U.S. forces opened the gates of the camp. The Tudela family went to Chalan Kanoa village, the area where the Japanese sugarcane company housing for employees were.

Born on Feb. 10, 1930, Tan Escolastica or “Esco” to her store’s patrons, grew up on Saipan during the Japanese period. She went to a Catholic school and later moved to the “kogakko” or Japanese school for Chamorro and Carolinian students.

This reporter was surprised at how sharp her memory was. When she sat for an interview in 2011, she was 81, and she could still remember the names of her Japanese sensei, teachers: Kaneko, Tominaga, and Sugaruma. Of the three, she disliked Sugaruma-san as he often used corporal punishment to his students.

Nihongo or Japanese was the official language of instruction, and it was imperative that they speak to their parents in Japanese.

Not long after, she graduated at the top of her class, and her diploma had Emperor Hirohito’s signature. Sadly, this and other memorabilia were lost during the war.

Just as Japan was ramping up efforts to prepare Saipan for war, many local residents were conscripted into working at a proposed site for an air base, located in what is present-day office of Toyota all the way to the police station in Chalan Kanoa. Women toiled at the site, digging every day with no pay at all.

As the war was imminent, everyone scampered to safety and sought refuge in caves.

Time to earn a living

With this reporter, she talked about how she began her business after the war. At the age of 15, she decided it was time to earn a living and leave school. She initially volunteered to work as a seamstress for Commander Victor Schauss’s wife in As Matuis, and later she worked for Commander Smith.

Soon, she found a job at the commissary answering phone calls at a beauty salon where she earned 35 cents a day or $8.50 a month. Then the opportunity to buy the salon equipment came and she did with a $500 loan from Bank of America, and the Escolastica Beauty Salon opened in Chalan Kanoa until 1953, following her marriage to police officer Gregoria Cabrera.

She tried selling clothes and bread. But later, she would be remembered more as the pioneer of bento lunches, serving lunch and snacks to Mt. Carmel and Hopwood students with each bento sold for 10 cents.

She said she and her husband would start their day at 2 a.m. preparing the meals. There was a time she also served coffee and snacks at the Saipan International Airport. But she never felt tired, she said. She just wanted to earn a living for 13 children.

In 1969, the store was severely damaged by Typhoon Jean and it took them two years to rebuild. Despite this setback, life went on and she was able to keep the store operating.

All her life she worked and worked hard. When she passed on in 2013, the islands had lost a cultural icon, a pioneering businesswoman.

She led an exemplary life that had endeared her to the community.

In her deathbed, she told her children, “Follow in my footsteps. Love and take care of each other.”