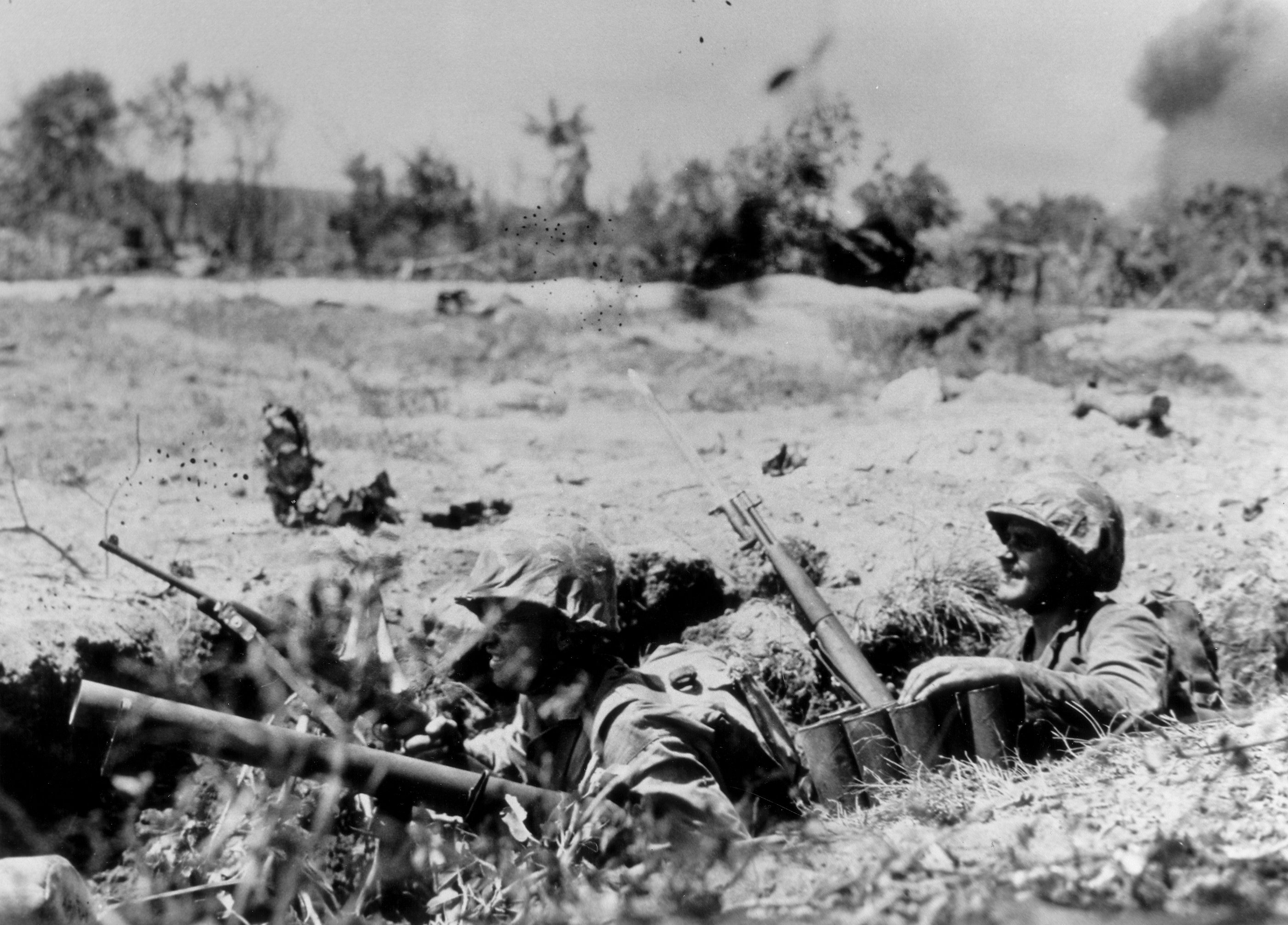 The surrender of 1,500 soldiers and civilians and soldiers on Saipan in 1944 was attributed to WWII veteran Guy Gabaldon, who convinced hundreds to lay down their arms and capitulate to the Americans.

Guy, the “Pied Piper of Saipan,” was recommended for a Medal of Honor. He received a Navy Cross.

He was 17 when he enlisted in the U.S. Marine Corps. He trained at Camp Pendleton and was subsequently assigned to the 2nd Regiment, Second Marine Division.

Having lived with first-generation Japanese immigrants in Los Angeles, California, Guy picked up the language which would later served an asset once he got to the island of Saipan.

His first night on island, he immediately buckled down to doing what he felt he had to do. He worked alone and brought back two prisoners with him on account of his “backstreet Japanese.”

As he found his way in the labyrinthine paths in the Saipan jungles, he overheard a band of Japanese soldiers talking about a major attack on the Americans. With this, he was able to foil what could have been a huge toll on the American forces.

In one of their operations near the cliffs, Guy was faced with the most heartrending sight: seeing Japanese civilians jumping off the cliff by the numbers. What was even more horrific for Guy to see were adults hurling babies and children to their deaths despite their pleas to spare them.

In an interview with War Times Journal, Guy said, “It was sad to see children struggling with their parents pleading not to be thrown off the cliffs.”

“Please father, do not kill me. I do not want to die!” were the words of the children begging for their lives.

Instinct led Guy and his comrade to stop them from jumping.

He told WTJ, “One group was about two hundred yards away from us. I shouted at them as we ran. ‘Tomare, tomare – seppuku shinaide. Kodomo korosanaide. Dozo, korosanaide!’  I’m begging them to stop killing their children. But I can see that as we approach they jump off in greater numbers. ‘Hurley, stop. If we get any closer they’ll all jump off. I’ll try talking to them again.”

But their fear of the Americans fueled by a propaganda made them face their deaths.

At the stockade, Guy met a woman whom he saved from the cliff. It was one of those poignant images of the war—the woman who killed her own child unnecessarily over her fear the Americans would roast and eat the children—lost her mind and was looking ahead.

Guy told WSJ, “My God, what a pathetic sight. I should have let her join her baby that day at the cliffs. This was truly the horror of war”

These horrific scenes of the war and his exploits in the jungles would later be dramatized in the movie, “Hell to Eternity.” Later, his life would be immortalized in, “EAST L.A. MARINE: THE UNTOLD TRUE STORY OF GUY.”

Guy and his family lived on Saipan for two decades.

His ashes were spread on Mt. Tapochau.