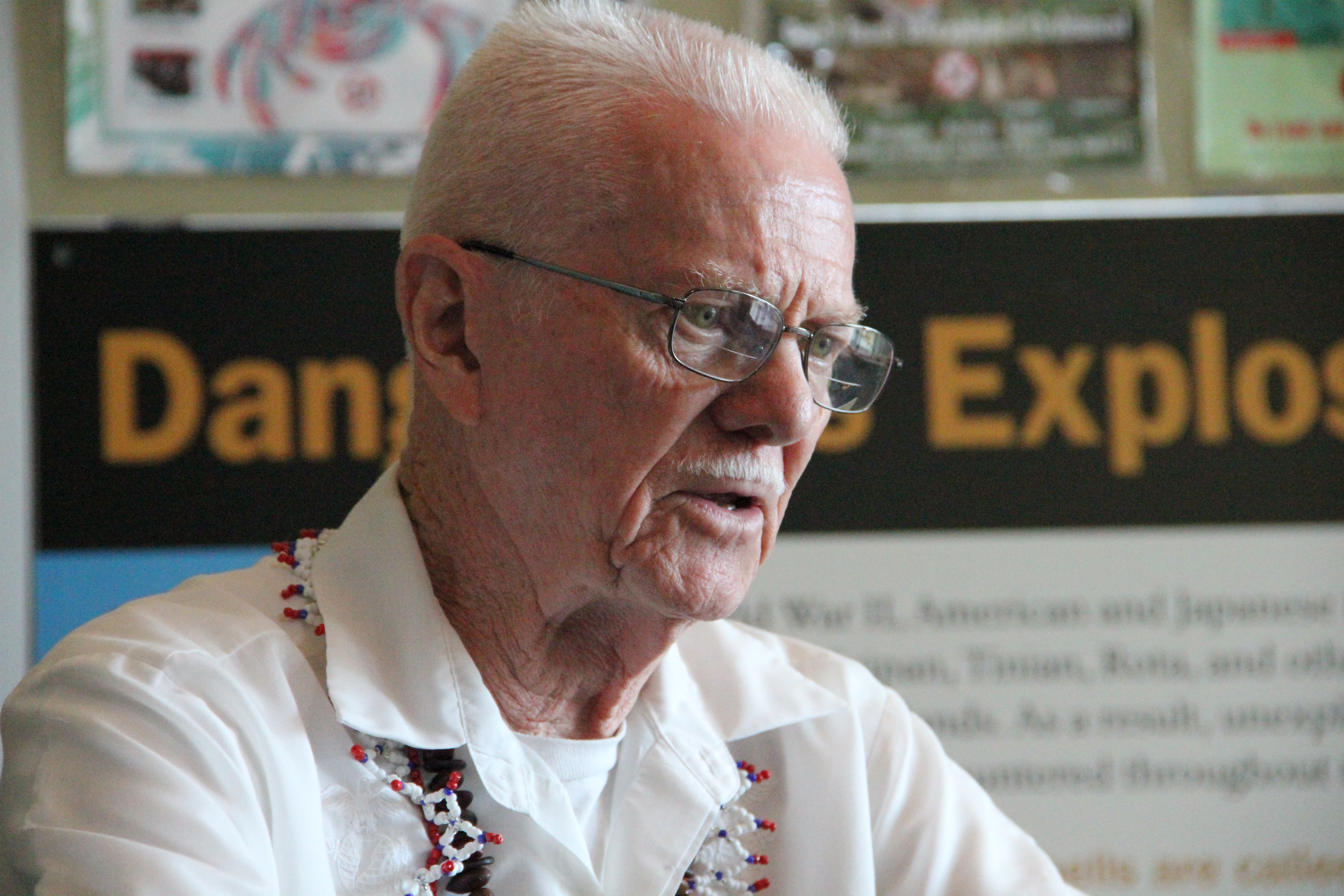 THE smell of death was everywhere as bodies littered the beaches of Saipan on June 15, 1944.

Major Richard T. Spooner remembers full well the day the Americans stormed the beaches of Saipan and how they tried to pierce the Japanese staunch defense of the island-garrison. “It was a different campaign,” he said.

In an interview at the American Memorial Park on Saipan in 2011, Major Spooner recalled how terrifying the experience was.

He said it was a terrifying experience, that even while they were being taken to the beaches by tractors, many had gone down long before they stepped on the sand.

As they managed to reach the shore, what greeted them was the frightening sight of dead bodies.

“We landed—I was in the second battalion—on the Green Beach. But we were on the wrong Green Beach and we were far to the left and we had to move to the right,” he said.

“Horrible” was how he described the beach littered with dead bodies as they moved to the right portion of the beach. He continued, “There were as many American dead as Japanese. They were all mixed together—really horrible!”

For Spooner, even the combat pictures that showed the dead bodies on the beach could not compare to what they saw. “I know there were some pictures. But I had never seen one that showed the beach as we saw it at that time.”

As they headed to shore, Major Spooner said what was predominant in their minds was to stay alive.

As much as they wanted to stay alive, Spooner said they had to move and move fast, drop to the sand, roll, so they could get up in a different position and run some more.

For Spooner, it was hard to run in the sand while carrying “a full unit of fire, helmet, and we eventually got to the beach where we’re supposed to be.”

The day they stormed the beaches and tried to recapture the island from the Japanese, Major Spooner said it felt like “it was several lifetimes.”

From the beach, they were able to take the fighter strip in Susupe in Chalan Kanoa.

“We went aboard ship which was really exciting because we took our clothes off and they issued us everything new.”

He said they wore the same clothes from June 15 to July 24, 1944. “So they gave us all new dungarees, socks, and underwear. The Navy was really good to us. They had saved us much fresh water as much as possible. So we could all get a freshwater bath, shower, and hot food. It was like paradise for one to two days.”

He was overwhelmed with emotions in his return to Saipan 67 years from the first time he landed there. Gone was the permeating stench of death that welcomed them at the beach where 3,100 Americans and close to 30,000 Japanese spent their last minute fighting.

“I think the sacrifices made had to be worthwhile,” said the Marine major who also saw action in battle of Okinawa, and later in the Korean War and Vietnam War.