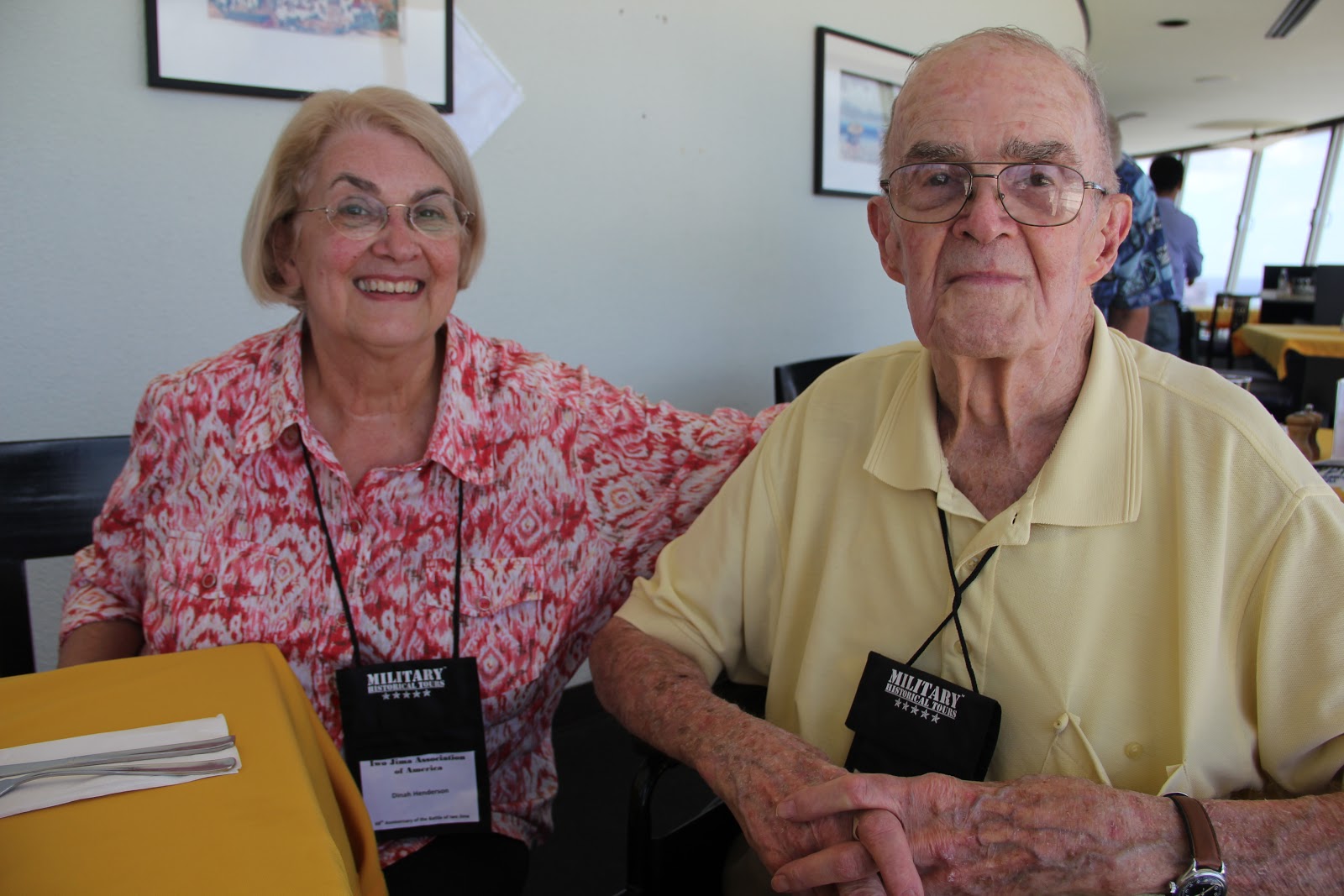 “Take advantage of the chance and just enjoy what you are doing. Have the pleasure of doing something for the country.”

This was WWII and Korean War veteran LeRoy Florence’s advice to the young veterans serving the nation today when he spoke with this reporter on Saipan on March 6, 2013.

Florence, a B-29 co-pilot 1st lieutenant stationed at Isely Field on Saipan in 1944 for nine months, made the long journey back to the island with his daughter Dinah Henderson as part of the Military Historical Tours Inc. tour of both Saipan and Tinian.

Asked how it felt to come back to Saipan, Florence said, “Emotional.”

“It has been a terrific feeling. Everybody has been very pleasant, very helpful,” added Florence who was 24 when he arrived on Saipan on Nov. 13, 1944 aboard the B-29 they called “Hell’s Belle.”

According to his daughter, Dinah,  her father was on Saipan from November 1944 to August 1945. She was pleased that they were able to make the long trip together to see where her father served in WWII.

Coming back jogged his memories. He shared that he went into the Air Corps in 1942, went to mechanic school, and had the opportunity to test and get into the officer-training program.

“I did that. Then they suggested I go to flying school and become a pilot,” said Florence who graduated from the flying school in June 1943. Later, he ended up in the B-29 program, and left for Saipan just as his daughter was being born.

While on Saipan, Florence kept a notebook that served as his journal.

“Every time they would fly, he would write down where they were going, what

time they went, what happened,” Henderson shared her father’s habit. And that journal, with Henderson’s prodding, was expanded into a book—an illustrated book for the family.

An entry he wrote in his journal on Dec. 4, 1944 stated he got word from home that his wife had delivered a baby girl named Dinah Lee. He received an official confirmation in the mail the following day: six letters from his wife Martha and three letters from his mother. They confirmed Dinah’s birth on Nov. 15, 1944.

Although Florence and his group were brought to Saipan in 1944 by a plane they named “Hell’s Belle,” the plane did not last long on the ground following the Japanese bombing. So, they were given another B-29 plane which Florence said they didn’t give it a name saying there was “no point in renaming the airplane when you don’t know how long you are going to have it anyway.”

Moreover, Florence was only stationed on Saipan for the duration of nine months. As he was en route to Hawaii, that was when he found out the atomic bomb had been dropped.

Florence took a leave in 1945 but saw action again in the Korean War as captain in the U.S. Air Force. When the war ended in a stalemate in 1953, Florence said he resigned his commission and got out. He sold air-conditioning units, then later, electronic components, until his retirement at the age of 72.

Six months after his Saipan and Tinian visit, Florence passed away. He was 93.