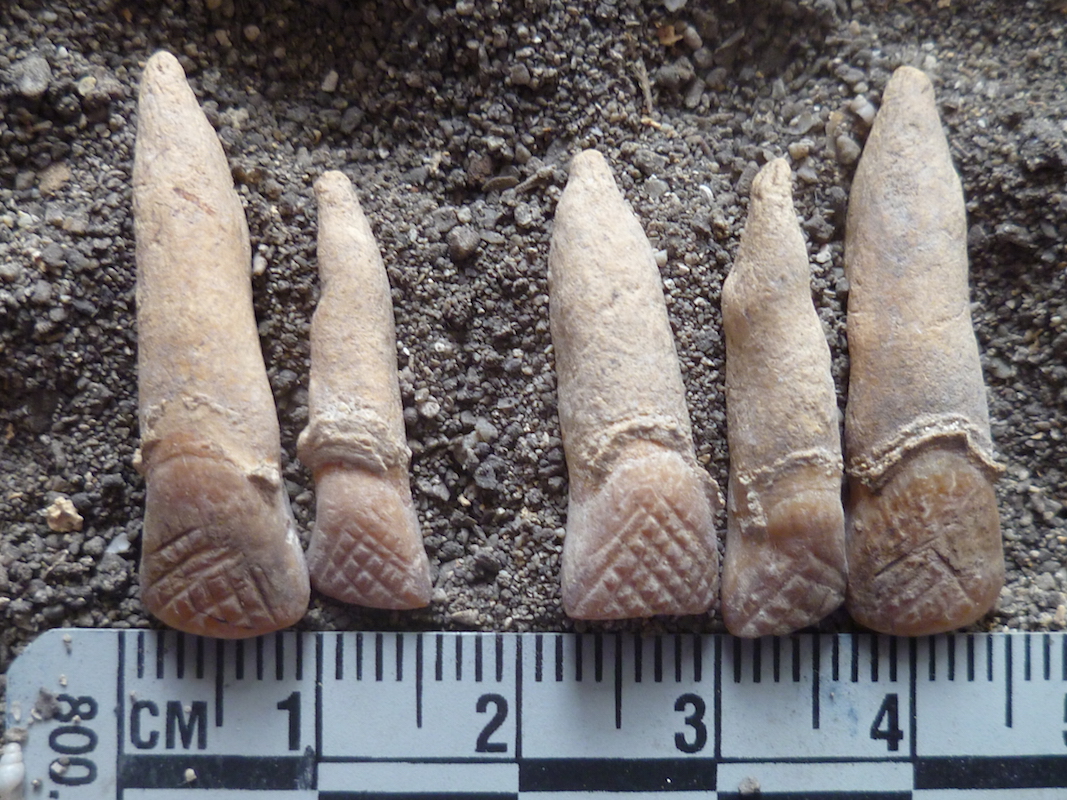 It must have taken a great deal of fortitude to go through the process of dental modification. For quite some time, this was a common practice among cultures around the world.

The Norse warriors, Pre-Latte Period Chamorros and the Native Americans of the Great Plains did practice this.

It had been previously believed that Europe never had cases of dental modification until the discovery of Viking remains in Sweden and in Dorset, England that showed the Norse warriors filed their teeth.

An American Journal of Physical Anthropology article focused on remains of 24 individuals from the Viking Age, from the modern-day Sweden and Denmark. They showed furrowed teeth that were most likely done by one person with great skill. The reason for and importance for these modifications have not been established. It was speculated that these remains belonged to an “occupational group” such as tradesmen,

In an interview with The Guardian, David Score of Oxford Archaeology, commenting on their initial analysis of the mass of 54 bodies and 51 skulls found at Weymouth relief road, said, “The purpose behind filed teeth remains unclear but as we know these men were warriors, it may have been to frighten opponents in battle or to show their status as a great fighter.”

Meanwhile, in the Marianas, Cherrie K. Walth has been studying modified teeth samples from the region and has been doing so for many cultures for more than 30 years.

The cultural resources manager from Albuquerque, New Mexico, has studied the largest sample of modified teeth in the region, including remains from prehistoric, Post-Contact and WWII Period on Guam. Walth told this reporter that she had seen so far labial abrasion in the samples she studied on Guam.

Moreover, Walth has yet to determine how the Pre-Latte Period Chamorros acquired the practice, whether it began on the islands or whether they had known the practice long before they established settlements in the Marianas.

According to Hawaii-based bioarchaeologist and osteologist Dr. Rona Ikehara-Quebral, there may be a number of reasons for adopting this practice: cosmetic reasons, indication of social status or membership to a group or lineage or mark of rite of passage. “We can only guess why ancient Chamorros modified their teeth as no one knows for sure what their intentions were since it occurred prior to Spanish Contact,” Ikehara-Quebral said.

In Walth’s study, she found that there are at least two types of “intentional” dental modification observed in Pre-Contact samples in the region: horizontal abrading and incising.

Referencing Cherie Walth’s study, Ikehara-Quebral said the abrading of teeth was predominantly a Pre-Latte Period practice in the Marianas adding that it was likely a “very painful process as they horizontally abraded(filed) the teeth and exposed the dental pulp.”

According to www.history.com, the intentional modification of teeth has been practiced in many parts of the world throughout history, “particularly during the period between 700 and 1400 A.D.”

Citing examples, the website noted that “pre-Columbian Latin America filed patterns onto their teeth or adorned them with stone inlays, for instance, while some Vietnamese, Sudanese and West African tribes sharpened their front