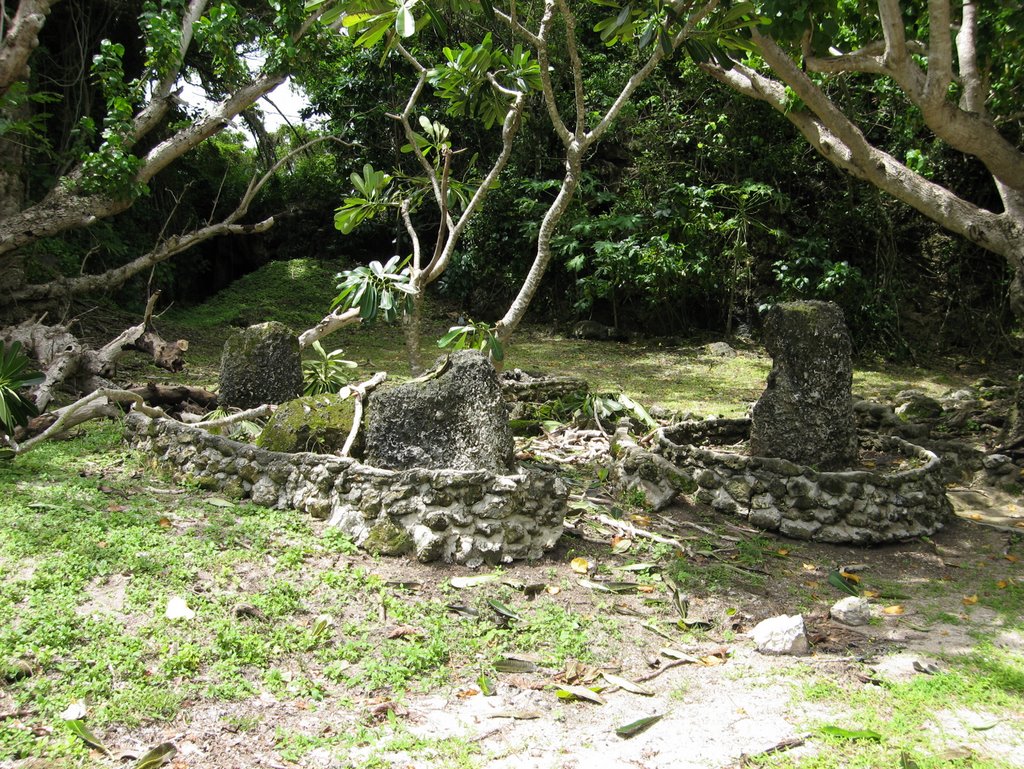 by Lexi Zotomayor
in Colonial Period, Prehistory
5 min read
0 0
0
Share on FacebookShare on TwitterShare via e-Mail

Anthropologist and former curator of the Bishop Museum Dr. Alexander Spoehr had concerns about the destruction of archaeological sites on Saipan.

In “Marianas Prehistory: Archaeological Survey and Excavation on Saipan, Tinian and Rota” published by the Chicago Natural History Museum in 1957, Spoehr cited the aggressive farming on island during the Japanese Period and the invasion and construction of a base on Saipan as major contributing factors to the destruction of the sites.

“Although the Japanese did not introduce large amounts of power machinery in their farming operations, and though plowing was generally shallow, considerable disturbance of the sites did occur,” he wrote.

He said the expanding economy had impacted the western shore “so that such sites as from hearsay evidence existed were largely destroyed.”

This deplorable condition of the sites was further exacerbated by the invasion in June 1944.

Spoehr, citing local information and fragmentary literature, said most of the principal archaeological sites are located on the western and southern coastal areas where the acrimonious clash between the Japanese and American forces occurred.

What’s even more concerning for Spoehr was the base construction following the invasion because there was massive bulldozing of the area.

“As a result of the wartime construction, probably most of the archaeological sites on the island have been destroyed,” he said.

For Spoehr, their archaeological work was merely a “salvage operation.”

But he did see a silver lining: there were enough sites that allowed for a productive excavation, including that of Obyan Beach.

“Obyan has therefore been much disturbed,” Spoehr stated in his report noting that the Japanese military had built concrete pill box and railroad right of way that cut through a portion of the site.

In his report, Spoehr stated that at the Obyan village site, there was one section they found intact consisting of a single latte house, about 225 feet east of the Japanese pill box.

He pointed out that the railroad right of way had disturbed a significant area of the cultural deposit.

Despite this, he was pleased to have discovered nine stone shafts and their capstones.

There were originally 10 shafts but one was destroyed by the railroad right of way.

“Only five shafts were found erect and in place; the remaining four had weathered away at ground level,” he said.

His report stated that of the five still standing, one was already leaning precariously.

The remainder of the nine were laying on the ground.

Spoehr observed that all the capstones, the taza, had long been toppled over and had been broken.

In the excavation site measuring 46 feet long by 12 feet wide, he found these pillars positioned 7-9 feet apart from each other.

All the shafts had shown significant weathering.

Like the shafts, the capstones were made of coral limestone and had exhibited significant weathering. Only four capstones were found. The best preserved of the four, Capstone D, was about 2.5 feet thick and 4.1-4.2 feet in diameter.

Moreover, there was a preponderance of sherds around the latte site.

He also found a coral pebble layer. In Micronesia, Spoehr said it was customary to spread coral pebbles under and around houses to prevent mud from forming during rainy season and to reduce dust during the dry weather.

Similar to the Marshallese homes raised on pillars, the area under the floor where this coral pebble layer was, is the work area, usually by women.

Although Spoehr was not able to gather evidence of the house structure, he found considerable evidence of occupation even prior to the latte house.

As to the former inhabitants of this site, Spoehr found 11 burials exposed located to the west and south of the house.

Spoehr appeared impressed with the large number of burials considering the limited area of the excavation made and the time constraints they had to deal with that prevented a complete excavation of the burials.

Regarding the skeletal remains, Spoehr described them as in “fragmentary, poor condition.”

He found three cases without skulls: proof of the removal of skull after death and before inhumation—a custom well documented in literatures.

There were no grave goods found except for the accidental association of a net sinker in one, he said.

The Obyan site has been significantly disturbed, according to Professor Alexander Spoehr. In this Beautify CNMI photograph, the site is surrounded by lush vegetation. Photo courtesy of Beautify CNMI