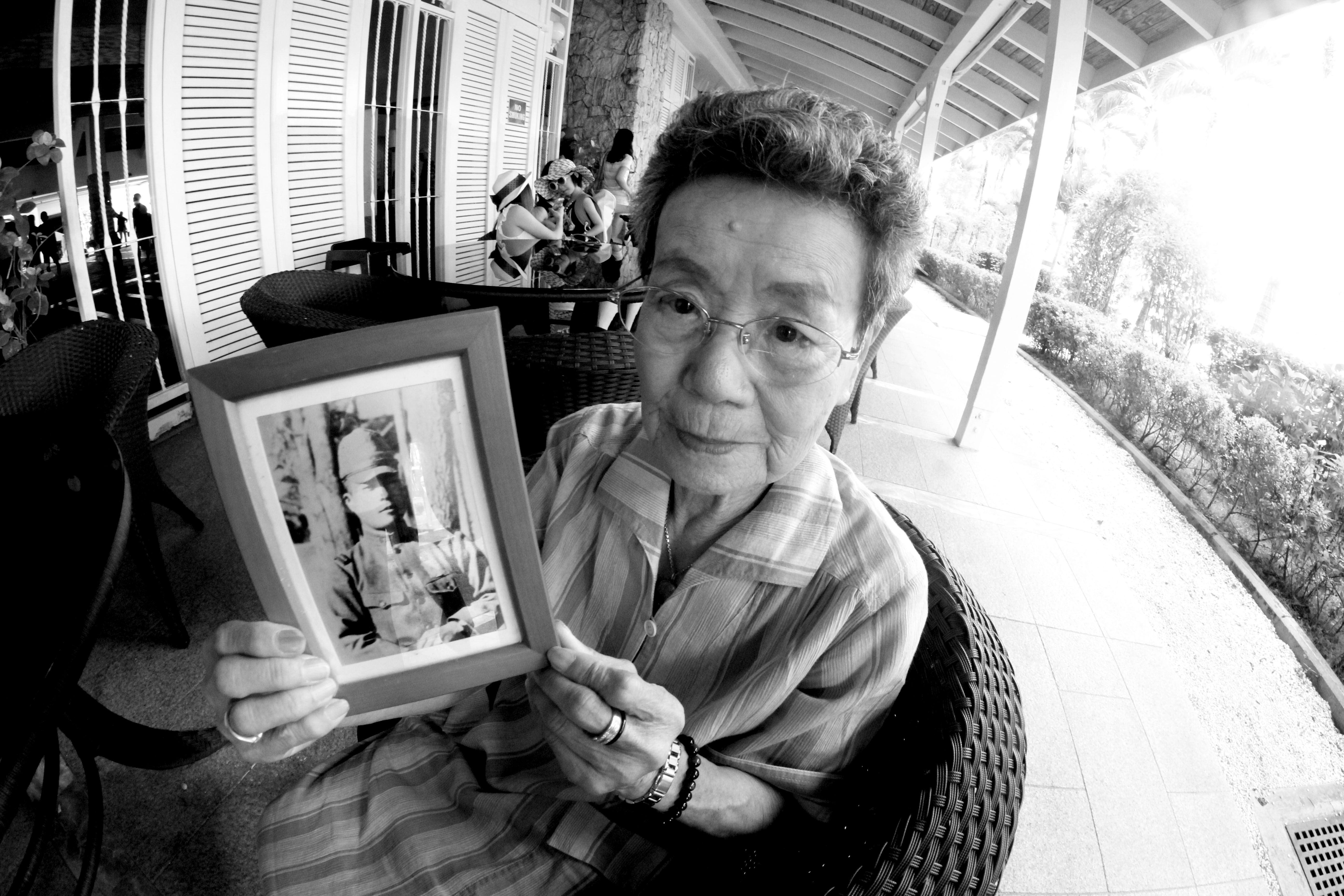 They had been married for about a year when war shipped their husbands overseas.

Suzuki Sadako, of Aichi Prefecture, Japan, was a young wife and had just become a mother in 1944 while Makino Emiko was 19 and had been married for almost one year when their husbands were deployed to Saipan. Both of their husbands never returned and whose remains have never been recovered.

Suzuki had been a new mother, having giving birth to a son in April 1944, when her husband left them for Saipan.

“You take care. I will come back,” were Munaji’s last words to his wife Sadako.

Back in 2014 when this reporter first wrote a story about Susuki and Makano, Sadako was 94 and Emiko was 89. They had been visiting Saipan annually to pray for their husbands who died there during the fierce WWII battle, a commitment they had been doing for four decades.

Now, 75 years after the Americans had taken control over the former Japanese colony, this reporter thought about these widows who continue to find peace in making annual journeys to the island where war claimed their husbands.

Every year, a group called Aichi Mariana Kensuikai, makes an annual trip to the island to pray for those who perished during WWII. Sadako and Makano had been part of the yearly visits for close to four decades when this reporter interviewed them for Marianas Variety, the longest circulating newspaper in the Northern Mariana Islands. The group participated in the 70th Anniversary of the Battle of Saipan/Tinian.

[This reporter was fortunate to have Kyodo News on Saipan chronicling the event as there were no other international media present to cover commemoration of D-Day in the Pacific, Normandy’s counterpart in the Pacific.]

Through translators from Kyodo News, Suzuki and Makano told their experiences.

Suzuki said her husband, Munaji, was a chief banker when she met him. He invited him for coffee in Nagoya and she said she found him “handsome” and she felt comfortable with him.

She said people then rushed to get married. So, a month of meeting him, they got married on March 23, 1943.

For Suzuki, Munaji was a loving husband and “very kind” as he had taken good care of her parents.

Left widowed by the war, Suzuki became an educator and raised her son as a single parent.

When this reporter interviewed her in 2014, she had been living alone, noting that her son, also an educator, had died of cancer.

Suzuki, in her prayers to her husband on Saipan, she would say how proud she was to have raised him to be just, clean and tough.

Meanwhile, Makino, who also hails from Aichi Prefecture, was 18 when she married her husband in 1943.

She met her would-be husband while he was gathering bamboo near her home. At the time, he had already been drafted into military service and was in the Toyohashi Infantry.

She said during the time that they were together, they would only see each other once a week due to her husband’s military service. But their time together as a couple was short lived as he had to go to Saipan.

She remembered the last time she saw him. Having heard of an announcement, Makino hurriedly went to the barracks with a packed lunch of “sushi”. By the time she got there, she could only see him from a distance and they never had a proper goodbye.

Later, she said, she received a letter from Saipan, from Nakajima Hideko, a teacher, who relayed her husband’s message that Saipan was “a good place.”

During the war, the soldiers were not allowed to communicate with their families back home, either they did it through a third party or they assumed a fictitious name to do so.

Even with the passing of decades, the widows have not forgotten their husbands. Makino still carries her husband’s picture everywhere she goes.

Annually, Makino goes to Gokuraku Danni (Heaven’s Valley) near Mt. Tapochau — the highest peak on island — where she offers prayers to her husband.