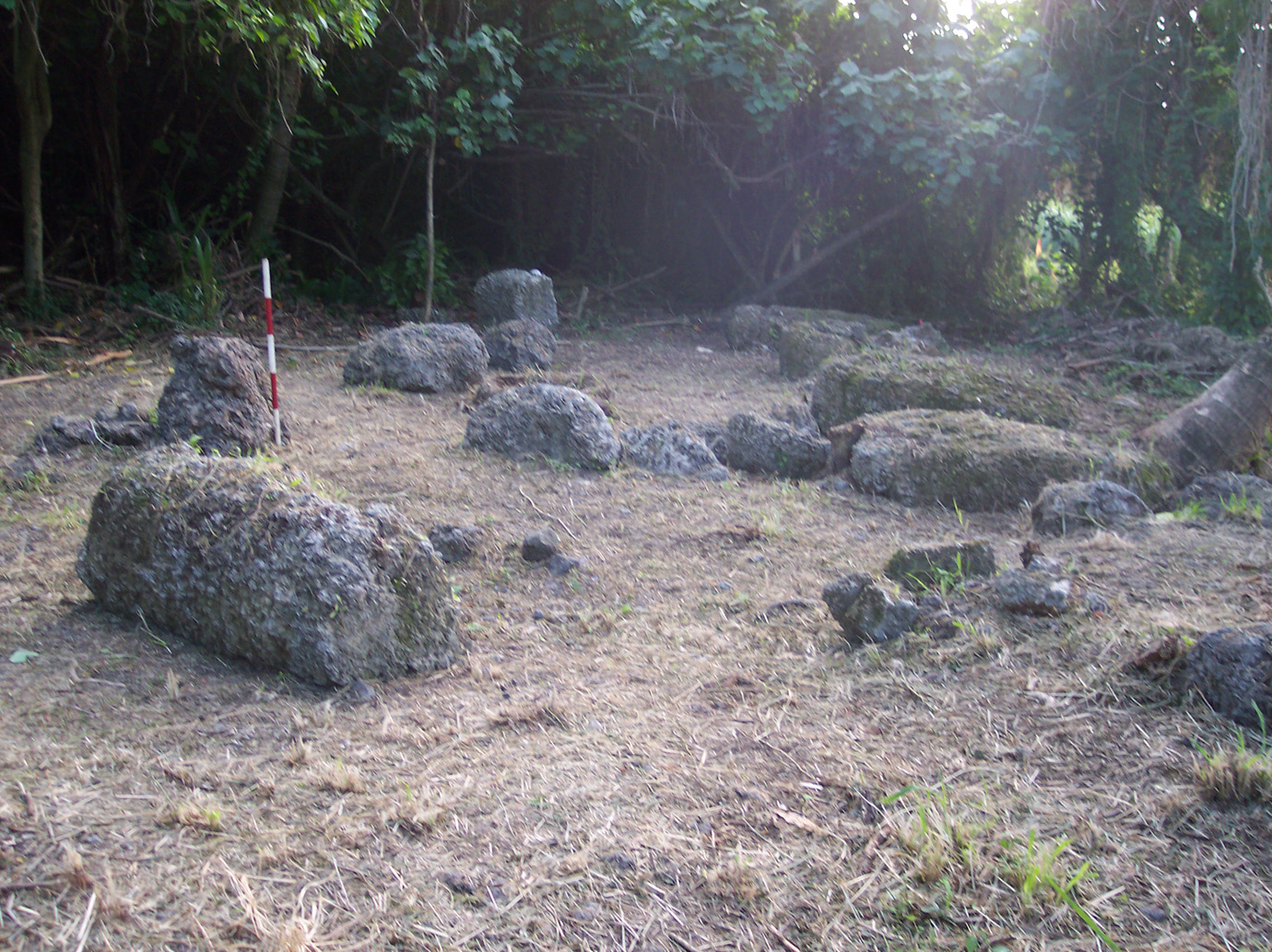 This was confirmed by Dr. Mike T. Carson and Dr. Hsiao-chun Hung who worked closely with the Historic Preservation Office of the CNMI in their most recent work at Unai Bapot. They found that the artifacts and the sediment layers in the latte site were older than Tinian’s House of Taga site. This meant that ancient Chamorros had inhabited the archipelago much earlier than previously thought.

Based on their latest study, radiocarbon dating confirmed the site to be inhabited between 1697–1531B.C. for the oldest cultural layers situated at the palaeo-seashore, with the next stratigraphic unit dated at 1437–1288 B.C. “These results validated the prior findings from two small test pits in 2005, wherein two cross-confirming radiocarbon dates had indicated a pre-1500 B.C. age(Carson 2008, 2014a), as compared to the preceding reports of vaguely pre-dating 1000 B.C. (Bonhomme and Craib 1987; Marck 1978; Ward and Craib 1985),” their report stated.

Their report further stated, “The findings at Unai Bapot just prior to 1500 B.C. now leave no doubt of first cultural settlement in Remote Oceania having occurred in the Mariana Islands and pre-dating the Lapita-associated dispersal into Southern Melanesia and West Polynesia about 1100 B.C.”

Moreover, Drs. Carson and Hung also took note of the artifact assemblage in the first Marianas settlement had similarities with the pottery-making tradition of island Southeast Asia, “most probably northern to central Philippines.”

Earlier studies by Drs. Carson and Hung had indicated a pottery trail that meant the ancient Chamorros may have taken the longest ocean-crossing migration of its time covering a distance of 2,000 km.

For quite some time, Dr. Carson and Hung had thought that Unai Bapot may be slightly more than 3,500 years old based on the evidence they uncovered in the area back in 2005.

Dr. Carson was following up on previous archaeological digs that touted the area’s great potential. He acknowledged the earlier work by Jeffrey Marck in the 1970s, Graeme Ward, John Craib, among others, who excavated the site in the 1980s.

Dr. Carson, who was previously in the employ of International Archaeological Research Institute, Inc.—which had a contract with the Commonwealth of the Northern Mariana Islands’ Historic Preservation Office—said in an interview in 2014, “According to my results from 2005, the deepest and oldest cultural layer at Unai Bapot in Saipan was dated a little bit older than what we found in the deepest and oldest layer at House of Taga in Tinian.”

[NOTE: All archaeological digs in the islands have to secure the proper permits from the Historic Preservation Office, among other regulatory agencies.]

In 2008, Dr. Carson said they did a follow-up excavation and he concluded the site needed further study.

At Unai Bapot, they dug two test pits more than 2m deep and they discovered an ancient cultural layer, which was originally a beach-front setting and where people lived more than 3,500 years ago as confirmed by radiocarbon dating.

The oldest layer had “beautiful red-slipped pottery and some rare pieces of black-burnished pottery” explaining further that some pieces had fine decorations with “dentate-stamped, circle-marked, and incised designs.”

There were also shell stone and shell tools, shell ornaments, shellfish remains, and animal bones found at the site, which could tell more about the diet of the early settlers and how they gather food, among other activities that could be inferred from the implements found at the site.

Dr. Carson said more excavation “can help us identify the shapes and formats of houses, cooking-areas, and more. This kind of information will be important for bringing the distant past into more real-life terms for us today.”

In 2014, in an interview with this reporter, Dr. Carson said the site at Unai Bapot may rank as perhaps the oldest in the Marianas, and perhaps, even in the remote Pacific Islands. His latest study with Dr. Hung had proven him to be right.

Their research was made possible with funding from the Australian Research Council and the Chiang Ching Kuo Foundation.