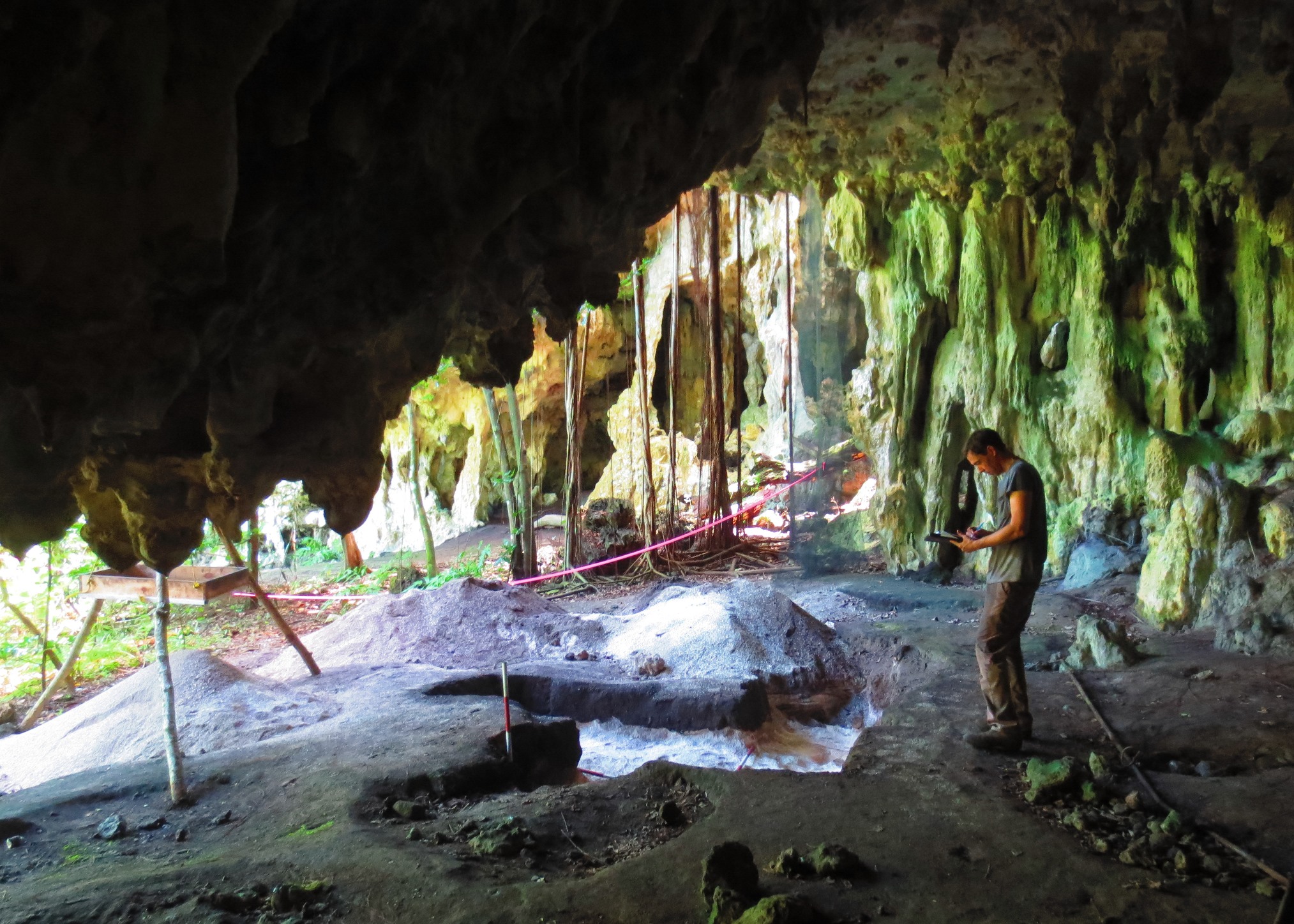 Setting up a new community in the Marianas 3,500 years ago necessitated the longest transoceanic crossing of their time.

In a lecture presented by University of Guam archaeology Professor Dr. Michael T. Carson and Australian National University senior research fellow Dr. Hsiao-chun Hung on Saipan at the American Memorial Park in March 2013 reported that they had “solid evidence of a significantly earlier settlement in the Marianas, and it required an even longer distance of migration across the ocean, more than 2000 km from the nearest inhabited area.”

Carson believes that  “that constituted the longest ocean-crossing in human history of its time 3500 years ago.”

He pointed out that there was no other place that was inhabited in the Pacific Islands 3,500 years ago and that the closest inhabited islands were those of the Philippines.

Moreover, their study even moved further back by more than 500 years the migration to the islands as previously reported by other archaeologists. Settlement in Melanesia and Polynesia occurred about 3,000 to 2,800 years ago.

Being the first settlers in the remote Pacific islands, the ancient Chamorros traveled by canoes across the Philippine Sea, paddling a distance of 2,000km.

In 2013, Dr. Carson and Dr. Hung were on Tinian conducting an archaeological study near the site of the House of Taga, at the site previously dug by Fr.  Marcian Pellette where he uncovered finely decorated pottery — the earliest pottery of the Marianas — in the 1950s.

“The only burial features were in the upper layer of the site, associated with the latte sets of this area, dated approximately in the range of 1,000 through 300 years ago. All of the bones are staying in Tinian for respectful re-burial as soon as possible,” according to Dr. Carson.

In the lower and older layers at the site they found abundant artifacts and midden, as well as remains of house structures.

The research was primarily to find out more about the most ancient habitation layer dating nearly 3,500 years ago.

In the House of Taga, they found a plethora of broken pieces of pottery, shell and stone tools, ornaments and remnants of food.

For Carson, their work on Tinian was significant for learning about the first settlers of the islands. No other people were living in the remote Pacific Islands, Dr. Carson said, and these ancient sites in the Marianas provide them valuable information regarding this critical period in human history.

The Pottery Trail from Northern Philippines to the Marianas

For several years now, the two archaeologists have been exploring the connection between the Philippines and the Marianas, as they see a so-called “pottery trail”.

Recognizing the uncanny similarity in design motifs between the shards found in the Philippines with those unearthed in the Marianas.

Carson noted that the oldest trace of the design in the Philippines was about 3,800 years ago or earlier, while a similar design pattern first appeared in the Marianas 3,500 years ago, noting that there was no other type of pottery that existed elsewhere in the Asia Pacific region until later.

For Carson, there was a more elaborate version of this design style found in the Lapita pottery uncovered in the Bismarck Archipelago, in New Guinea, that was about 3,400 – 3,300 years old, and were later found elsewhere in Melanesia and West Polynesia about 3,000 – 2,800 years ago.

*Their 2013 study on Tinian was jointly funded by the Chiang Ching Kuo Foundation and the Australia Research Council.

**The lecture held at the American Memorial Park was made possible through the Northern Marianas Humanities Council.