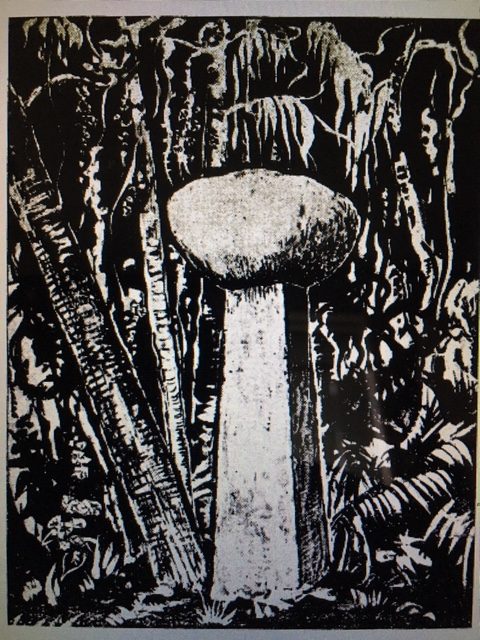 Scholar and war veteran Hans Hornbostel had not stopped thinking about locating the ancient fort the locals called trinchera taotaomona mona. He had to quench his curiosity, to find out if the fort ever existed.

He had his reservations, doubts for in the many years that Rota had been visited by scientific expeditions neither had written about anything relating to the ruins.

To find the place, he tried enlisting the help of the fighter Juan Manibusan but he was declined on account of his superstition. The others dreaded to go there for the same reason that they wouldn’t want to disturb the dwelling place of the ancestors who were not their kins and risk getting trouble for it.

As his time on Rota was almost up, with the Japanese schooner arriving in under two weeks, Major Hornbostel had no other options left. He approached his landlord, Juan Taitano, who claimed he had been to the site.

He proposed if Taitano could take him a quarter of the way there, and instruct him on how to navigate the jungles from there.

In his article for Philippine Magazine in 1935, Hornbostel recalled the day he ventured to prove if the fort existed.

“I plunged into the underbrush calling back for instructions from time to time to check my direction, when suddenly not more than four hundred yards from my starting point I beheld what I had so long searched for. So delighted was I at my find that I rushed back to the men left behind and told them with much laughter that this structure was not a fort nor a sacred construction of the much feared ancients, but a quarry where these people of before time had procured the monoliths for the building of their ancient tombs,” wrote Hornbostel.

His euphoria over his discovery led the others to follow him to the quarry “and a most remarkable quarry it proved to be.”

He found 16 parallel trenches, “sixteen of these all in a row and to one side sixteen circular ones.”

Many scholars had marveled at the Chamorros’ ingenuity in fashioning colossal monuments out of stone with neither iron or metallic tools. Hornbostel said some had thought they accomplished it using a harder stone. But he himself had experimented with it and was not successful.

He said he himself had attempted on several occasions chipping the hard coral limestone with polished basalt adzes found buried with their dead, they themselves would become chipped and useless after a few strokes.

He turned to Juan Taitano for answers.

“Senor, it was quite easy. They did it with their fingers,” was his landlord’s response.

He was incredulous in the beginning until Juan showed him how.

He lit a fire on a coral rock, let it burn until the rock became very hot, then poured water on it. The rock was turned into lime which could easily be scraped away with fingers.

He saw a preponderance of charcoal around the quarry.

“So here we have a method of quarrying with fire and water. Very simple, but no previous research parties had guessed the method used,” said Hornbostel.