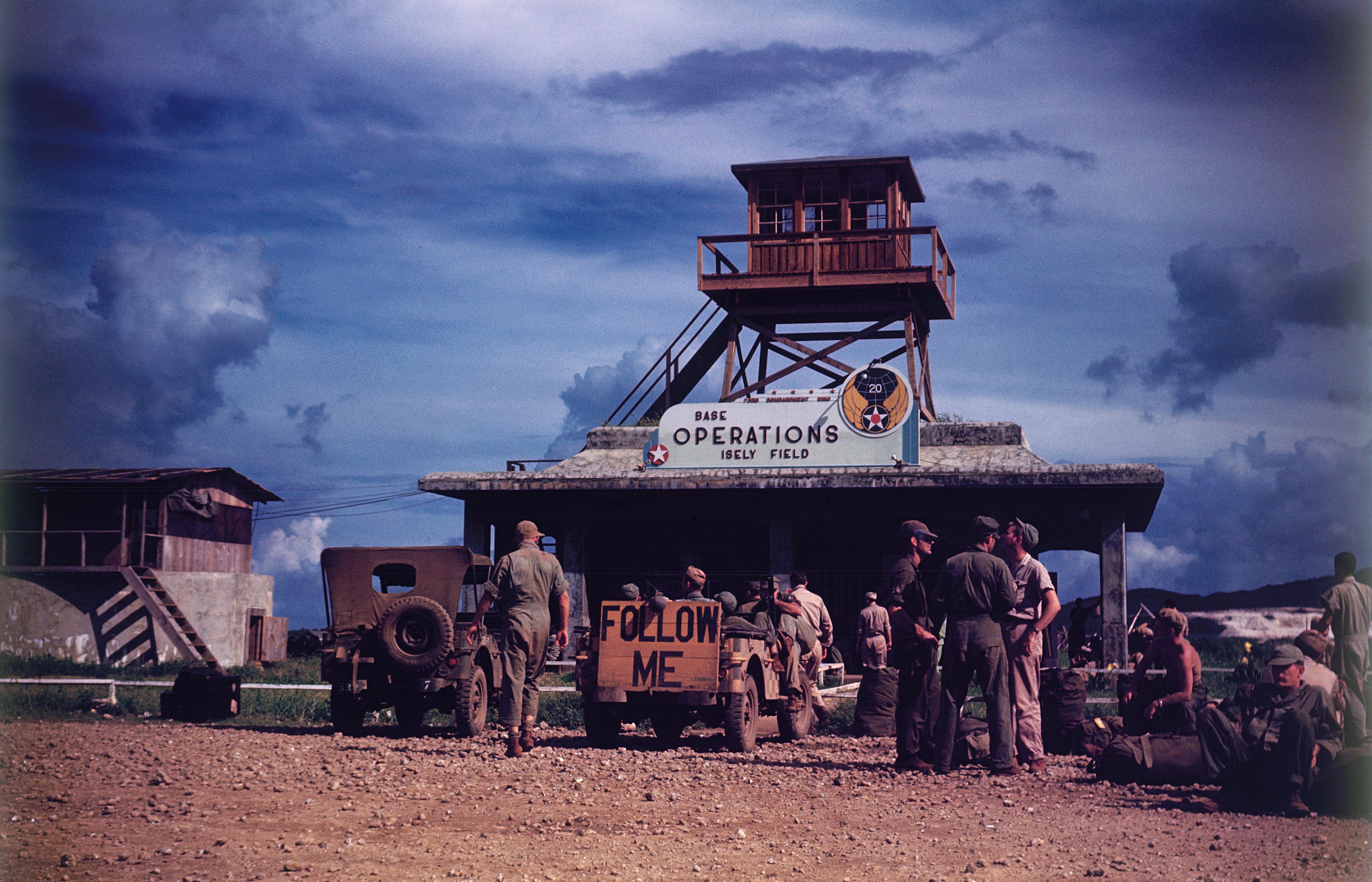 Little did his son Greg know that he would be getting these rare WWII color photographs—about a dozen of them.

His father Ray arrived on Saipan as part of the advanced deployment of the 73rd Bombardment Wing in the summer of 1944.

Ray was originally from Cleveland, Ohio.

He was an artist by trade and he also dabbled in photography.

Before WWII, Ray was part of the Bob Grayson Band that toured the country.

He joined the group at the Ringside Club in Forth Worth, in Texas and the Sky Club in Pittsburgh, Pennsylvania.

He also met and befriended Glenn Miller, one of the most prominent American jazz musicians and band leaders of the Swing Era.

In 1943, he was drafted into the U.S. Air Force and took his basic training at Colorado State College.

He was stationed on Saipan as part of the 20th Army Air Force’s 73rd Bombardment Wing.

While growing up, Greg remembered his father’s stories of the long trip to Saipan.

He said his father flew to Saipan aboard a B-29.

His father told him, “I flew for many hours and never got to see the ocean because there were no windows on the plane.”

On Saipan, the elder Hagley told his son that they were confronted by the desolation of the place.

His father told of the sadness that gripped the island with so many killed during the invasion.

His father and his fellow servicemen would often take a dip in the waters off Ladder Beach when it got especially hot.

The Hagley patriarch also would stand guard at night on the lookout for Japanese soldiers who came down out of the hills foraging for provisions and other supplies.

As a staff sergeant, the elder Hagley served under General Emmitt O’Donnell Jr.

According to Greg Hagley, his father took some “remarkable” photos while stationed on Saipan.

He said color film was not widely used during the war with the Brownie camera using black and white film as the preferred choice.

He also said that his father used a Kine Exakta 35 mm camera.

“Kodachrome is widely regarded as one of the best films available for the archival and professional market because of its color accuracy and longevity. When shot with a high quality lens, a 35 mm Kodachrome slide will hold detail equivalent to 25 or more megapixels of image data,” said Hagley.

Now 70 years after the Hagley patriarch took the Kodachrome photos, they appear as if they were taken only yesterday – still sharp and vivid.

Aside from photography, to while away his time, the elder Hagley dabbled in nose art.

He thought of it as a “great escape.”

The Hagley patriarch died in 1991 leaving his son Greg his stash of history—color photographs and over a hundred black and white photos of Saipan during WWII.

In 2007, the Hagley family went to Saipan for a weeklong visit to share the elder Hagley’s photos.

The Hagley family donated a set of prints to the CNMI government.