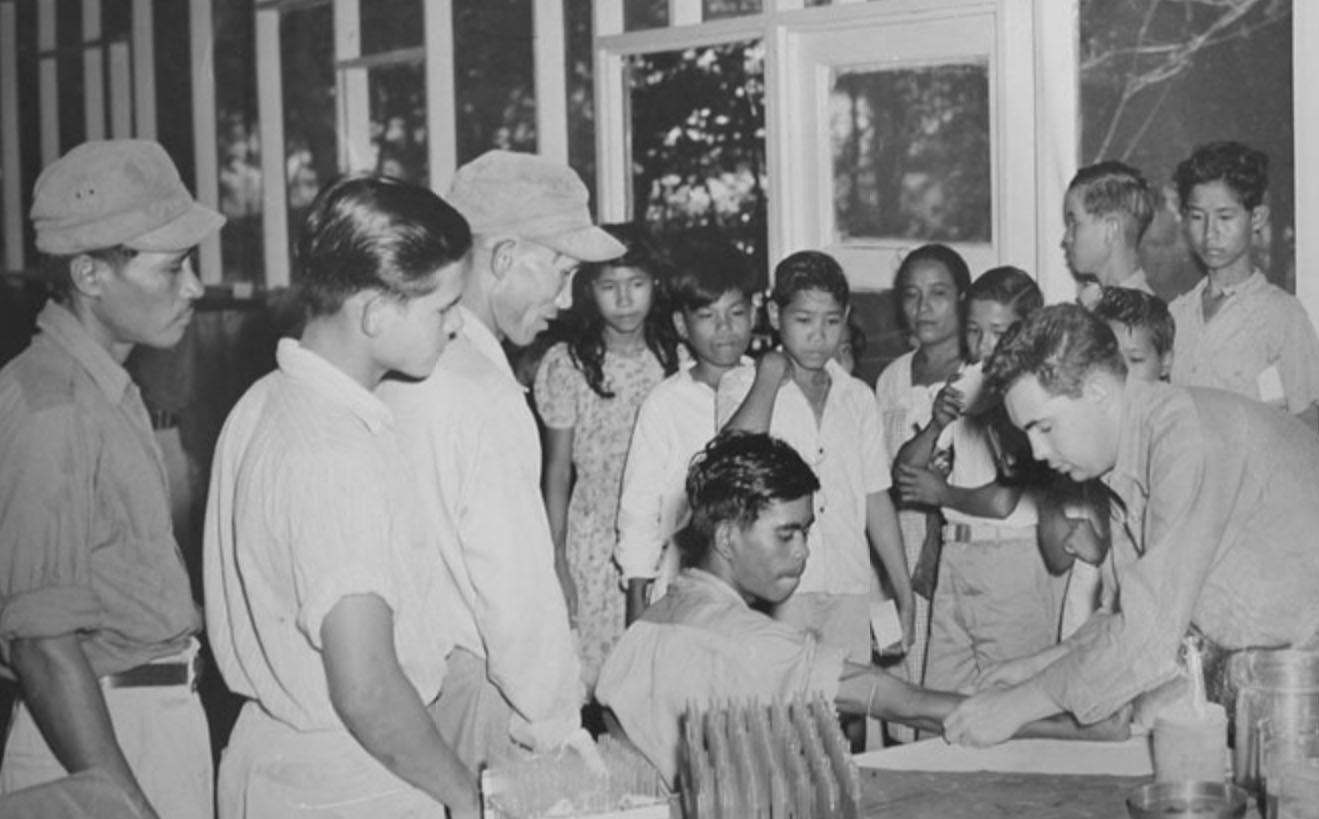 In the 1957 report released by the Office of the Chief of Naval Operations, Commander Dorothy E. Richard reported that TB “was out of control and was the most serious health problem.”

On Saipan alone, in 1947-1948, the Navy found that deaths from TB exceeded deaths from all other causes.

Although this had been known for quite some time, the USS Whidbey’s survey revealed more alarming data from all other areas in Micronesia.

The report stated that 4.5 percent of persons examined on Saipan, Palau and the Marshall Islands had chest defects. Incidence of pulmonary tuberculosis, the report said, was at 2 percent in Saipan district; 1.6 percent, Palau; 0.92 percent, Chuuk; 1.7 percent, Ponapei; 0.8 percent, Marshalls. Based on data for each island of the districts, Saipan had 3.9 percent, Yap had 4.9 percent and Faraulep island in the Marshalls had 6.8 percent.

The Navy also discovered a high reaction to tuberculin test noting that it was “exceptionally high”; that of the 90 percent of the population in Saipan, Palau and Marshalls districts, 46.5 percent had positive reactions.

The tuberculin test is the standard test to ascertain whether one has contracted TB or one is exposed to the TB bacteria and who would most likely develop TB.

Meanwhile, more than half of those surveyed from 1948 to 1950 by the USS Whidbey had intestinal parasitism, mostly those between the ages of 5 to 14.

Further, the naval report also showed that the most common intestinal parasites were hookworm, 23.1 percent; trichuris, 22.3 percent; and ascaris, 17.2 percent.

Meanwhile, the US Navy report noted that yaws in its active form had been “practically obliterated” by the time USS Whidbey conducted its survey in the island communities.

Yaws is a chronic bacterial infection of the skin, bones and joints caused by the spirochete bacterium Treponema pallidum pertenue. Those infected would have skin lesions that could lead to chronic disfigurement and disability. The disease mostly affect children and is passed on through direct skin contact.

According to the World Health Organization, although it is a subspecies of Treponema pallidum that causes syphilis, yaws is not a venereal infection.

“A reaction was considered likely evidence of the presence of yaws because malaria did not exist and syphilis, leprosy, and infectious mononucleosis rarely occurred,” the report stated.

Armed with these data, among other statistics, the US Naval Administration implemented a comprehensive public health program in the islands during the trusteeship period, vowing that the health of the Pacific Islanders as a principal aim of the administration.

It afforded the islanders the means to get medical and dental care.

The program allowed for more research to be undertaken to look into these health issues in the Pacific.

More importantly, this led to the indigenous people of the Pacific to be trained as medical practitioners.

Dispensaries and hospitals were built in these communities.

The program also mandated an annual health and sanitary survey per island.

It made possible the provision of potable water and it ensured proper disposal of sewage and garbage.

It also kicked off a massive immunization program to inoculate the islanders from small-pox, typhoid fever and tetanus, among others.

The administration also put in place a rodent and pest control program.

Quarantine was also in place to prevent the spread of diseases from isladn to island.

A program was also established regarding the control of tuberculosis and Hansen’s disease or leprosy. A TB sanitarium was set up on Saipan while Tinian was site of the leprosarium.