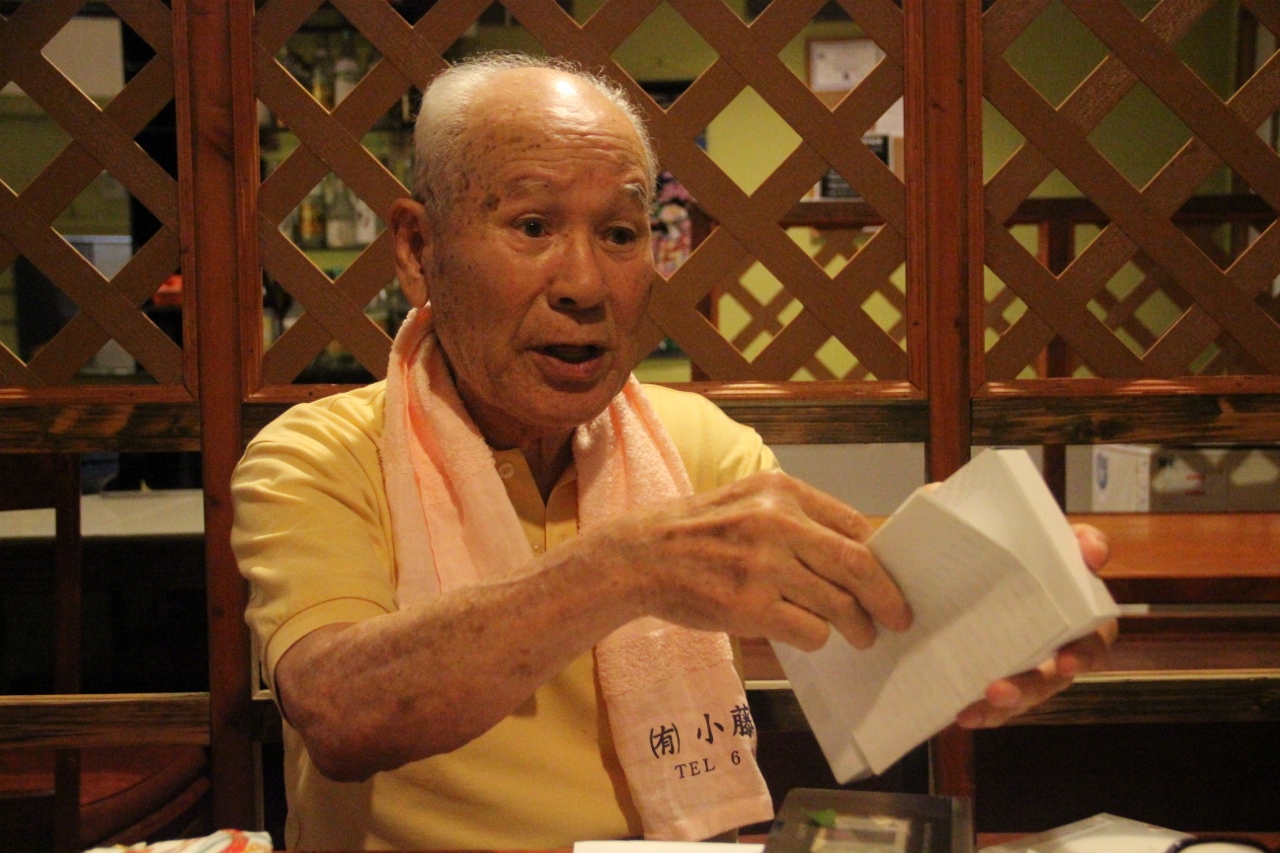 Long after Captain Oba Sakae had surrendered to the American forces on Saipan, a paratrooper stayed behind several more months and survived on eating snails in the jungle.

For Ideguchi, the announcement for them to surrender sounded strange at first until a native speaker of Japanese made the plea and he finally caved in and surfaced.

Born on Oct. 8, 1925, Ideguchi was 18 when he joined the Japanese Imperial Navy. After completing training in Nagasaki, he deployed to Saipan via Yokosuka and arrived here in February 1944. At the time, the Japanese forces were fortifying their defenses on Saipan.

While en route from Yokosuka to Saipan, Ideguchi said he feared the American submarines would attack their ship. He also said he didn’t know that they were going to Saipan. “It was confidential.”

As to invasion of Saipan by the Americans, Ideguchi said he was lucky to have survived. He was among the 60 Karashima paratroopers, he said, and that they were no match to the American superior weapons and relentless bombing.

He said he could no longer remember as to how he managed to return to their base unscathed.

Ideguchi, who had visited Saipan for more than 30 times, returned in June 2014 to participate in the commemoration of the battle that pitted the Americans and the Japanese against each other.

Ideguchi said he appreciated peace and the camaraderie of the people on island.

He shared a festive occasion at the Manamko’ Center, the facility where senior citizens gather daily for activities, where they shared music from their time. For Ideguchi, it was a universal language that all them could understand.