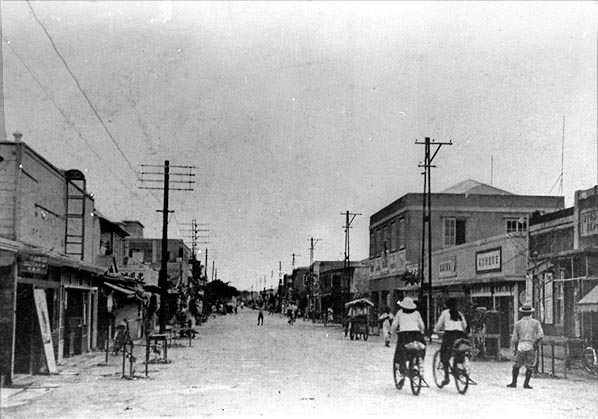 The Guam Recorder announced in early 1924 that Hans Hornbostel was headed for the Marianas to conduct research for the Bishop Museum of Hawaii.

In Guam Recorder’s report, Hornbostel boarded the Yokohama-bound Mariana Maru at Apra Harbor on 10 April 1924. Twenty-five passengers, including Hornbostel, aboard this Shimizu-owned vessel were dropped off on Saipan before the ship sailed to Japan.

Hornbostel’s entire itinerary for this trip was unclear except for a mention in the Guam Recorder that he would be gone for several months.

Meanwhile, Hornbostel, who relocated to Manila with his entire family in 1928, wrote a series of articles for a Philippine publication sharing his experiences in the visits to the islands of Saipan, Tinian, and Rota.

Although Hornbostel did not specifically mentioned the inclusive dates of his visit, he provided an engaging read as to the purpose of his stay and the several anecdotes of the people he had ran into including that of Gregorio Sablan.

Hornbostel, when he arrived on Saipan, had to look for a place to stay and he wrote that he found “excellent lodging with Gregorio Sablan, a prominent Chamorro citizen.”

Gregorio is a son of a Spanish padre and a Chamorro mother and had been educated by the Germans in Tsingtao, China. He later became a school master in Saipan, and later still an aide to the former German Governor Fritz of the Mariana Islands.

Fritz was Georg Fritz, the first German administrator of the Northern Mariana Islands in 1899 when the administration of the islands was turned over to Germany. Spain, having lost in the Spanish-American War, ceded the island of Guam to the U.S., and sold the remainder of the Marianas archipelago and the Caroline islands to Germany under the German-Spanish Treaty of 1899 for 25 million pesetas or 17 million marks.

Hornbostel narrated that Sablan was sent to Rabaul, in New Guinea the year before the outbreak of the first World War. There, he joined the German forces in their campaign against the Australian expeditionary force intent on capturing the German New Guinea.

It was during this time, Hornbostel said, that Sablan was transferred to the German sea raider, Emden, and following its destruction, Sablan became a prisoner of war in Australia.

There, Sablan convinced his captors that he was truly a Guam-born American citizen and that he was conscripted into the force by the Germans to fight for them.

What made Sablan’s story credible was the silence of his fellow prisoners who did not spike his story and so he was released and sent back to Rabaul, New Guinea, as the aide to the Australian Secretary of the Native Affairs.”