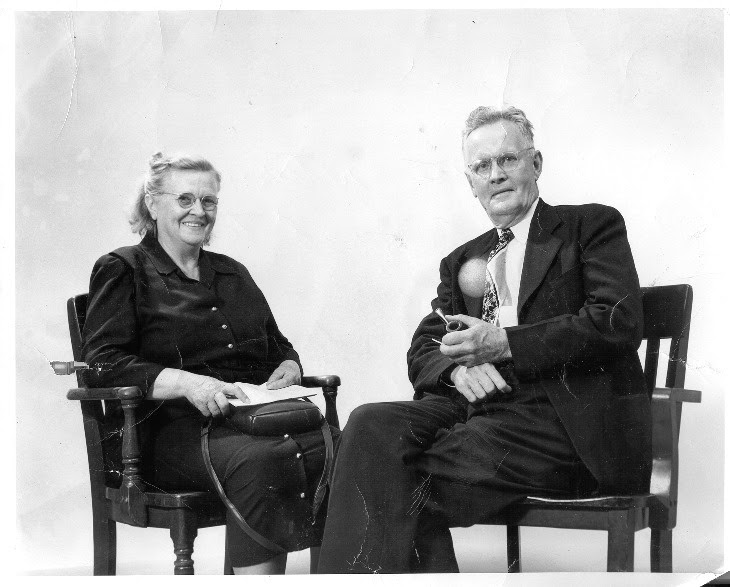 That was how former Guam resident Gertrude “Trudis Aleman” Constenoble Hornbostel described their experience as prisoners of war of the Japanese at the University of Santo Tomas internment camp in the Philippines during WWII.

It now seems just like a very bad dream which took three years out of our lives, though I cannot say that I didn’t profit from them in greater human understanding and appreciation of life and freedom according to our precepts.

Santo Tomas is the Royal and Pontifical University of Santo Tomas in Sampaloc, Manila which the Japanese converted into an internment camp from 1942 to 1945. Hauled in the camp were prominent expatriates, mostly Americans and British nationals. Some sources claimed that in February 1942, there were 3,200 Americans, 900 British nationals (including Australians and other Commonwealth nationals), 100 Filipinos, 40 Poles, 30 Dutch and several others of different national origins.

Gertrude shared their family’s ordeal in the Philippines in an article she wrote for The Star, the monthly publication of the United States Marine Hospital National Leprosarium in Carville, Louisiana. She had contracted Hansen’s disease while interned in Manila and following a medical examination in San Francisco, she relocated to the Carville facility in 1946 where she sought treatment. Major Hans Hornbostel’s decision to live near his wife in Carville had attracted media attention and in the process, the couple had helped combat the stigma of and misinformation about the disease.

“It may seem funny to you, but I am having a hard time trying to remember just what we did on that first Christmas in Santo Tomas in 1942. The whole experience of being a war prisoner was very disagreeable throughout that I have been trying to forget it, and I seem to have accomplished it very well,” Hornbostel prefaced her story for The Star for its 1946 Christmas edition.

She said that it had taken her awhile to process her thoughts about the war after all so much had happened, “which had started with defeat after defeat for us.”

Aside from Gertrude, the other members of her family who were taken to Santo Tomas camp were children Earl Henry, 27; Gertude Hilde (Tootsie), 24; and Johanna Marie, 19. Of the three children, Gertrude Jr. was the only one married, she had been since Nov. 13, 1937 to Alexander Davenport Stewart, with whom she had a son, Sandy. All of them were in the internment camp. She would later be the only Hornbostel child left with Gertrude in Santo Tomas as Johanna would be transferred to Los Banos camp in Laguna in November 1943, while Earl would be taken by the Kempeitai to Fort Santiago sometime in February 1944, and to Bilibid in Muntinlupa, having been wrongfully accused of a crime.

Meanwhile, the Horbostel patriarch, Hans, had enlisted in the U.S. Army at 59 years old. He was in Bataan when his family was taken to Santo Tomas.

In her article for the The Star, Gertrude was initially pleased that her husband had been doing well and that he was promoted from captain to major. Then the Fall of Bataan happened and Hans was among those who took part in the so-called Death March.

Although Gertrude had received a postcard from her husband who was at Camp 1 in Cabanatuan that he “was in excellent health”, she found out later from the camp doctor that Hans had survived cerebral malaria. He, however, had already been out of the woods by the time Gertrude learned about his bout with the tropical disease.

“Cerebral malaria is the worst type and only the toughest live through it, but my husband belonged to ‘Casey’s Dynamiters’ who according to the History of the Second World War as edited by Henry Steel Commander, were ‘a rag tag and bobtail bunch of American and Filipino Mining Engineers and demolition experts whose story read like a phantastic Alice in Wonderland epic of war,” Gertrude said stressing that she was glad that she didn’t know about her husband’s bout with malaria until he was out of danger.

Gertrude recalled that they organized a Christmas party for the children in the camp. They had “cookies, and cakes and ice cream and somehow even a tree was procured.”

She provided more details: “Midnight Mass was allowed to be attended by the Catholics of the camp at Sto. Tomas Chapel next door, and the Protestant Minister also held a service in the garden. Food was sent in through the gate to practically every internee, from Filipino and Chinese friends, houseboys and cooks, washer-women and clerks and office boys. There was food enough for all, and a spirit of Christmas prevailed in spite of bed-bugs and Japs.”

Gertrude noted how conditions had started to become tougher on their second year at Santo Tomas. She said a new camp was opened in Los Banos, Laguna where 800 able-bodied young men were initially transferred.

[According to oral histories of some internees, 11 U.S. Navy nurses led by Lt. Cdr. Laura Cobb were among the first batch of internees at Los Banos and were the first women at the camp. The nurses had volunteered upon learning that their friend, Dr. Charles Leach of the Rockefeller Foundation, with whom they worked to set up the hospital at Santo Tomas. In the wake of their transfer, the Santo Tomas camp was left with 57 Army nurses.]

Gertrude stated in her The Star article, “Later more internees, including women and children, were sent there. The last shipment, in November of 1943, included our youngest daughter Johanna.”

She said she managed to at least send her a few things before Christmas. “Shortly after that not even letters were allowed to be sent, as had been the custom, though censored for the Japs by a board of censorship composed of our own men.”

Despite this, she said, they “managed to send short notes back and forth.”

Meanwhile, as Christmas was around the corner, they had become busy making toys for the children at the camp. The men, Gertrude wrote, made toys out of bamboo, lumber, and “whatever they could lay their hands on.” The women, she said, used scraps and old clothes.

Their efforts paid off as these gifts lifted the spirits of the children at a party on the lawn in front of the main building.

Even though food had started to become scarcer, Gertrude said they still had a decent Christmas dinner courtesy of their friends from outside the camp. “It consisted of boiled chicken with a few trimmings.”

That was the last time they would receive food from outside the walls of the campus.

Earl was taken out of Santo Tomas

In 1944, conditions at the camp had turned for the worse. Food supply was severely diminished. Majority of the internees’ health had taken a toll from severe malnutrition. Beriberi had been commonplace.

Aside from the stress on their bodies, the internees too had to deal with emotional distress.

Gertrude wrote, “On February 22, 1944, an old man was taken out of our camp by the military police. A few days later 3 more men were arrested as they returned from an official drug buying expedition to an outside drug store, accompanied by a Jap guard.”

In the same week, the Kempeitai arrested Earl and took him out of the camp and brought him to Fort Santiago for questioning.

During their first year in Santo Tomas, the internees’ friends and businesspeople from outside the walls of Santo Tomas could still freely send in food and other basic necessities. Filipino employees of the internees would cook food for their employers every day until the Japanese administrators of the camp decided to stop this practice.

Of course there were profiteers who preyed on the internees misfortune. Take for example the experience of the Hornbostel’s fellow internee Albert Holland, a business executive who worked for Don Miguel Ossorio of Victoria’s Milling Corporation. Internees, towards the final months of captivity, were on the verge of dying from starvation. Holland noted in is diary that it had cost him $500 to procure 2 lbs. Margarine, 20 oz. jam, half a kilo of sugar, half a pound of honey on loan payable after the war. “Frightful! But I cannot see them starve – If Jess & Jose Ossorio had been of different caliber (If they had been MJ & Luis) this would not have been necessary,” wrote Holland in his diary on Dec. 24, 1944.

Such was the predicament of the internees.

For those who had the misfortune of neither having money nor jewelry to pay for food, they got by on account of the generosity of their fellow internees like Carroll Grinell, General Electric’s chief executive in the Pacific, who issued checks in exchange for food and vouched that these checks would be made good by General Electic after the war. Grinnell, along with three other internees, however, would later be executed by the Kempeitai a few weeks before the 1st Cavalry stormed the gates of Santo Tomas and liberated the internees.

When war came to Manila, the Hornbostel family had been living in the Philippines since 1928. Gertrude and Hans met, fell in love and got married on Guam. Gertrude’s family, her parents Hermann Constenoble and Gertrude Blum initially established residence on Saipan, in the former German colony in 1903 during Hans Fritz’ term as German administrator. (See Guampedia’s detailed background on https://www.guampedia.com/gertrude-costenoble-hornbostel/