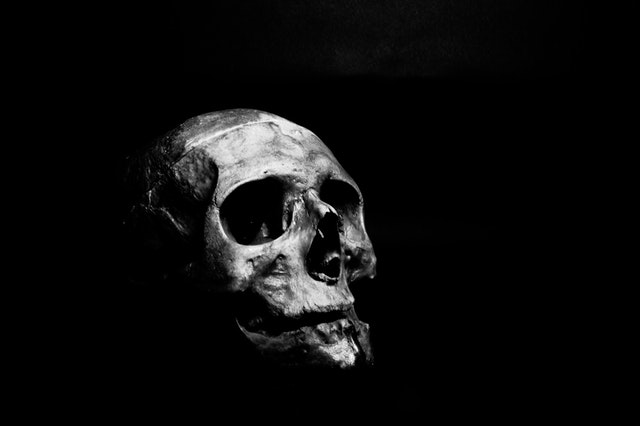 [Anthropologist and U.S. Army and Marine veteran Hans Hornbostel had been working for the Bernice P. Bishop Museum in Honolulu when he took a months-long trip to the Northern Marianas in 1924 to collect archaeological, zoological, and botanical specimens.

Although records show that he left Guam on April 10, 1924 aboard the Mariana Maru schooner bound for Saipan (Guam Recorder, 1924), this reporter could not determine the exact dates he left for Rota and Tinian.

In his series of articles titled “Rota Days” published in the Philippine Magazine in 1935, Hornbostel did not specifically cite the dates.]

Hans Hornbostel had been on Rota for six weeks and his time was coming to an end as the Saipan schooner was approaching its scheduled return to Rota to unload and pick up Saipan-bound passengers.

Days before the schooner’s arrival, he had been informed by the Japanese deputy governor that he would need to have his belongings brought to the custom house at least three days prior to departure.

He sensed that he could lose whatever materials he had amassed on island. He wrote in his article for the Philippine Magazine, “I had found, by sad experience, that all this meant that my material would be carefully unpacked and as carefully repacked, and all maps, notes, and photographs which were considered of possible value to enemy eyes would be removed.”

To evade a potential confiscation of his specimens, he said he devised a system that worked like a charm. Believing that the Japanese were spiritual people and would have deference for skeletal remains, Hornbostel stuffed his notes, maps, and films inside the skulls.

At the base of the human skull there is a hole named the foramen magnum and through this large opening it is possible to pass notes and photo films into the cranium. To prevent movement and consequent suspicion, I then stuffed newspaper into the remaining empty space within the skull. So these ancient skulls became grim, but safe and efficient containers throughout my stay in the Mariana Islands.

Hornbostel had been coming in and out of the Marianas for several occasions with permit with nary a complaint from the authorities.

Dr. Dirk Ballendorf, in his article “Getting Behind the Coral Curtain” for the Micronesian Reporter, talked about the incipient days of the Japanese and American intelligence gathering in the Pacific. He noted that there was tit for tat on both sides as either allowed the gathering through some means, as in the case of Japanese destroyer Shiokaze was permitted to visit Guam in 1923 knowing that it would be there for intelligence gathering. The Japanese, which had control over Northern Mariana Islands, was leery of the Americans south of Rota. With their visit, the Japanese appeared satisfied that the Americans were not building any fortification on Guam.

Ballendorf stated in the same article that Hornbostel was an informant of the Guam governor’s office. “Under the excellent cover of a collector for the museum, he made frequent trips to Saipan, Tinian, and Rota, excavating ancient ruins and artifacts.”

He also noted that the Japanese authorities were impressed with Hornbostel in the beginning, admiring his accuracy with his archaeological digs but was later watched closely.

“Hornbostel was indeed effective in passing information of military significance to the Americans,” Ballendorf said.

Spy or not, Hornbostel had contributed immensely to the understanding of Chamorro culture.