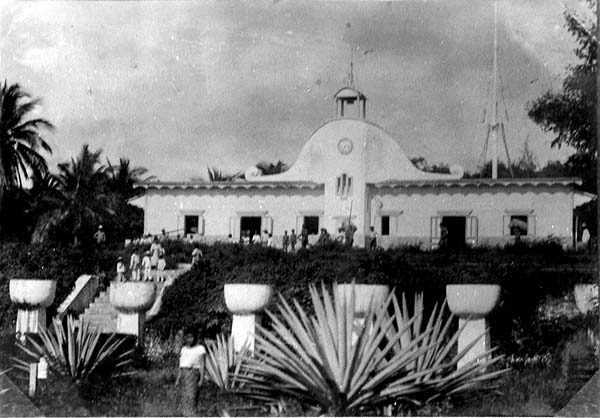 IN contrast to the oppressive rule of other colonial masters in the region, the Germans took on a different approach in administering the Northern Marianas following German’s acquisition of the former Spanish colony in 1899.

Flipping through notes taken during the Northern Marianas Humanities Council’s History Institute in 2007, where scholar Dr. Dirk Spennemann lectured on the German control. of the islands, this reporter took note of the progressive policies as summarized by Dr. Spennemann.

For Spennemann, the Germans instituted policies in the Marianas which were landmark policies for a colony. No other colonies under the German administration or any other colony of a colonial power enjoyed the same privileges that the Chamorros and Carolinians had under German rule.

With Administrator Georg Fritz at the helm, Germans allowed for the distribution of huge tracts of land to induce re-population of the islands. In contrast, the Spanish administration controlled land on Guam.

Education was made compulsory among the natives with the instruction in their mother tongue: Chamorro and Carolinian. The study of German language was made optional and offered to adults. They, however, discouraged the teaching of English.

As giving them land and education were not enough, the Germans even allowed the natives to open savings accounts and apply for loans that would eventually give them financial independence.

As natives were becoming educated, they later became translators or intermediaries of the German administration. The Chamorros became middle-level administrators.

Education provided the impetus for the emergence of a new social class-the Chamorro elite.

Dr. Spennemann said one of the local people who became part of the elite was Ada who earned the friendship of Administrator Fritz.

As for his work in the environment, Fritz commanded the people to plant trees and during his term as administrator, thousands of trees had been planted on Saipan.

During the German period, Dr. Spennemann said the church structure was Guam and the NMI combined under one prefecture. The Spanish Recollect monks headed the church in the region until 1908. As the Germans had a confrontational course with United States authorities on Guam, a new apostolic vicariate was formed in 1911.

The Spanish Recollect monks were allowed to hear mass until 1908 and were subsequently replaced by German Cappuchin monks.

Moreover, Dr. Spennemann said the presence of Carolinian immigrants posed a challenge to the church at that time.

With regard to the healthcare system on island, it was administered from Pohnpei by Dr. Girscher who did linguistic work there. Dr. Spennemann said Dr. Girscher was the longest-serving German administrator in the Pacific, and had shown ability to marshal support from other communities. He made possible vaccination of the islanders for small pox from 1901-1905. He also encountered conjunctivitis cases or pink eye (as they are called on Saipan today) which was introduced by Carolinians who evacuated to Saipan after a strong typhoon.

In 1909, the islands had the opportunity to have permanent physicians: Dr. Schnee, Dr. Mayer, and Dr. Salecker.

In 1911, a hospital was finally established.

If there is one groundbreaking policy that the Germans instituted in their colonies, it is ceding to the natives the right to own land.

Historically, the Article XII of the Northern Mariana Islands Constitution may have taken a cue from the German administrator Georg Fritz. After acquiring the islands from the Spaniards, Fritz thought that land be distributed among Chamorros and Carolinians only. Despite the huge tracts of land left to the Germans by the Spanish government at their disposal, Administrator Fritz chose to distribute the land among the natives.

As the German administration was actively seeking new settlers and returnees, Fritz realized that to encourage settlers, he needed to bribe them. And given the huge tracts of unoccupied land on Tinian and large tracts on Saipan, Fritz knew that he could distribute these lands so he could entice people to repopulate the islands. With people, Fritz could now begin reviving the economy.

At about the same time, Dr. Spennemann said, many Chamorros on Guam were beginning to be dissatisfied with the American administration. According to Dr. Spennemann, the Americans prohibited the people from celebrating fiestas and from acquiring religious education in schools. Predominantly catholic, the Chamorros also were not receptive to the American introduction of civil marriages.

Fritz pioneered the homesteading on Saipan where one hectare of land was granted to every family. To further induce repopulation of the islands, he also offered newlyweds a hectare of land so they could start building a family.

Now that he had people, Fritz introduced taxation whereby natives who do not have money to pay for taxes may opt to pay taxes through labor.

For head tax, the rate was 3 Marks per adult male.

Fritz collected taxes that would be used to fund public works geared at building roads and water pipelines.

Moreover, money raised from cash buyouts of labor obligations and from taxes remitted were also used to pay work contracts offered at the rate of 50 Pfennig per day and was subsequently increased to 75.

“If you want to get the economy going, you need money,” Dr. Spennemann told his students at the history institute in 2007 at the Retirement Fund Building on Capital Hill on Saipan.

The use of money in exchange for goods made obsolete the barter system on island. “Money was swapped instead of goods.”

As people began to use money, Fritz raised the bar several notches higher with another groundbreaking policy-allowing the natives to invest their money in a savings bank where they could also apply for loans.

The bank was the only one of its kind in the entire German possessions.

Although the natives were allowed to apply for loans, Fritz made sure that the pieces of land that were granted to them would not be mortgaged.

Even though the new policy empowered the local population, Berlin was not at all impressed deeming it as a threat to colonial rule.

Berlin was adverse to it as it would grant locals the financial independence. Had the Germans stayed on and ruled the islands for 30 more years, Dr. Spennemann said the locals would have clamored for political independence.

As to the operations of the trading companies involved in leases of coconut plantations, leases entailed land development obligations such as planting of coconuts. The Germans planted 95,000 palms and they kept planting. There was also a huge systematic planting scheme and production was going up.

Predominant use of latte stone design in architecture

It was during the German period that the replica latte stones were first used in a non-traditional setting. The use of replica latte stones as columns at the base of the hill issued a message: German power rests on local support. Accordin to Dr. Spennemann this symbolizes continuity between traditional Chamorro past and the new colonial power.

When a strong typhoon hit the islands in 1905, it devastated the plantations and destroyed the administration building. When the building was rebuilt, it was made into a school. The school

Dr. Spennemann said when the Germans came, they inherited the islands with little examples of Spanish architecture.

Expressing concern over forces of nature such as earthquakes and typhoon, Fritz requested that his own residence on Saipan be made following the Japanese design which he believed could withstand earthquakes. He had his house prefabricated in Japan and shipped to the island. To this day, the stairs to his Garapan home can be seen in the Sugar King Park in Garapan. (Local historian Scott Russell discovered the steps while conducting a separate study in the area.)

Given the complexities of running the entire German colonies, and given that two major typhoons destroying the coconut plantations that would have otherwise exceeded Samoan production of copra, the German colonial authorities realized administering the islands was a losing proposition.

In 1907, the German administration demoted Saipan from district to a station. It was also during this time that Fritz, who instituted groundbreaking policies on Saipan, vacated his post as administrator.

As the Japanese were already trading with Saipan during this period, little did the authorities on island knew that it was eyeing it as a colony.

The Anglo-Japanese Alliance signed in 1902, and subsequently renewed, provided for mutual defense. When Britain entered WWI, Japan rushed to its side. With Germany’s defeat, the spoils of war in the Pacific went to Japan: the acquisition of the German colonies.

On October 14, 1914, Japan occupied Garapan on Saipan and immediately took over the administration of the islands. Some German settlers remained until they were deported on November 5, 1914.

The islands officially became a colony of the Japanese empire until the American invasion in June 1944 during the latter part of WWII.