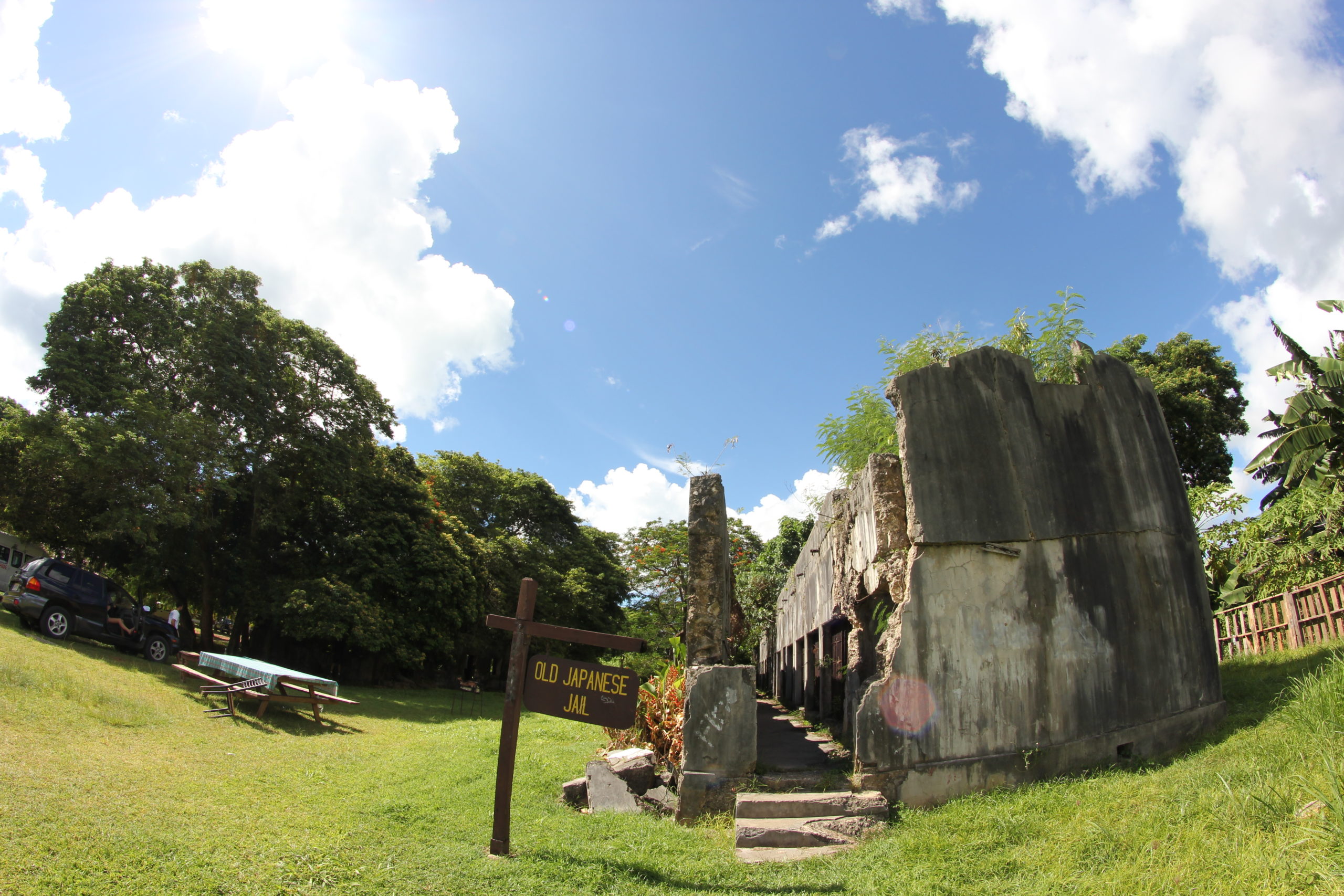 by Lexi Zotomayor
in Colonial Period, Miscellany
4 min read
0 0
0
Share on FacebookShare on TwitterShare via e-Mail

There remain only a few extant Japanese Period structures left on Saipan but none of them as storied as the Japanese jail in Garapan.

Built in early 1930, the detention facility, or “gokusha” in Nihongo, was constructed under the direction of the South Seas Bureau through its Saipan District Branch. It replaced a cramped Japanese Navy facility which could no longer accommodate a growing population of miscreants, not only on Saipan, but those coming from other islands of the Japanese mandate. At the time, prisoners from overseas were sent to Saipan.

According to documents in the Japanese archives, the main cell block was completed sometime in March 1930. No definite dates could be ascertained regarding the construction. Moreover, concrete was used and it was shipped from Japan. It was “leaf concrete” and applied in layers, according to documents. At the time, the use of concrete in construction was relatively new on the mainland. All structures were made of concrete and reinforced with iron rebar.

The roof was made of corrugated tin while the floor of the detention cell was made of wood.

Based on the information gathered from consultants, the main entrance to the Japanese jail was on the west side.

There was also a cistern in the property.

Based on archival records, there were three categories of detainees: (1) Japanese, which included Okinawans, Taiwanese, and Koreans; (2) Islanders, including Chamorro and Kanaka; and (3) foreigner, for all other detainees who were neither Japanese nor Islander.

Prisoners from Japan would arrived via the port of Saipan which was built by prisoners. These prisoners from Japan had committed more heinous crimes than their counterparts from the island whose main offense concerned alcohol use. The locals were prohibited from drinking alcohol.

Based on records, the South Seas Bureau categorized the detainees as either convict/prisoner, detained for work service, un-convicted prisoner, accused/suspect, or infant.

Detainees would either commit intellectual offenses or violent crimes. According to a study made by Japanese scholar Wakako Higuchi, citing the 1933 South Seas Bureau’s annual report, crime rate was increasing as the islanders committed various offenses including assault, robbery, rape, among others.

In 1932, Garapan’s gokusha held 72 people at one time but a majority of them, or 52 were freed because the facility was overcrowded.

The records further revealed that the Japanese jail had an escapee in 1941. In the same year, a Japanese woman accused of murder hanged herself in prison.

Further, there were four Americans held at the site, including airman J. J. Perry who was executed by decapitation and whose remains were buried in the courtyard. His flight jacket was believed to have been found in the cell.

According to retired educator and former Peace Corps volunteer Sam McPhetres, two American pilots involved in the pre-invasion bombardment of Saipan were captured and held prisoner at the Japanese jail. As the invasion of Saipan drew closer, the Japanese decided to get rid of the pilots.
McPhetres said they were pulled out of their cells and executed. As the Japanese swords were dull, the pilots did not die instantly, but lay on the ground and bled to death.

But one story has lingered and captured the imagination of many: that American pilot Amelia Earhart and her navigator Fred Noonan were held captives there in Garapan and died there. (This reporter will talk more about this in another article.)

In 2011, the Japanese Jail Historic and Archaeological District was nominated and finally listed on the U.S. National Register of Historic Places.

According to the U.S. National Register of Historic Places, the Garapan jail complex’s extant features “reflect the distinctive characteristics of Japanese design and construction technology (as applied to a tropical climate) during the Japanese Colonial period, and are among the few such local resources to survive the immediate war-time activities and the subsequent post-battle clearance efforts in Garapan.”