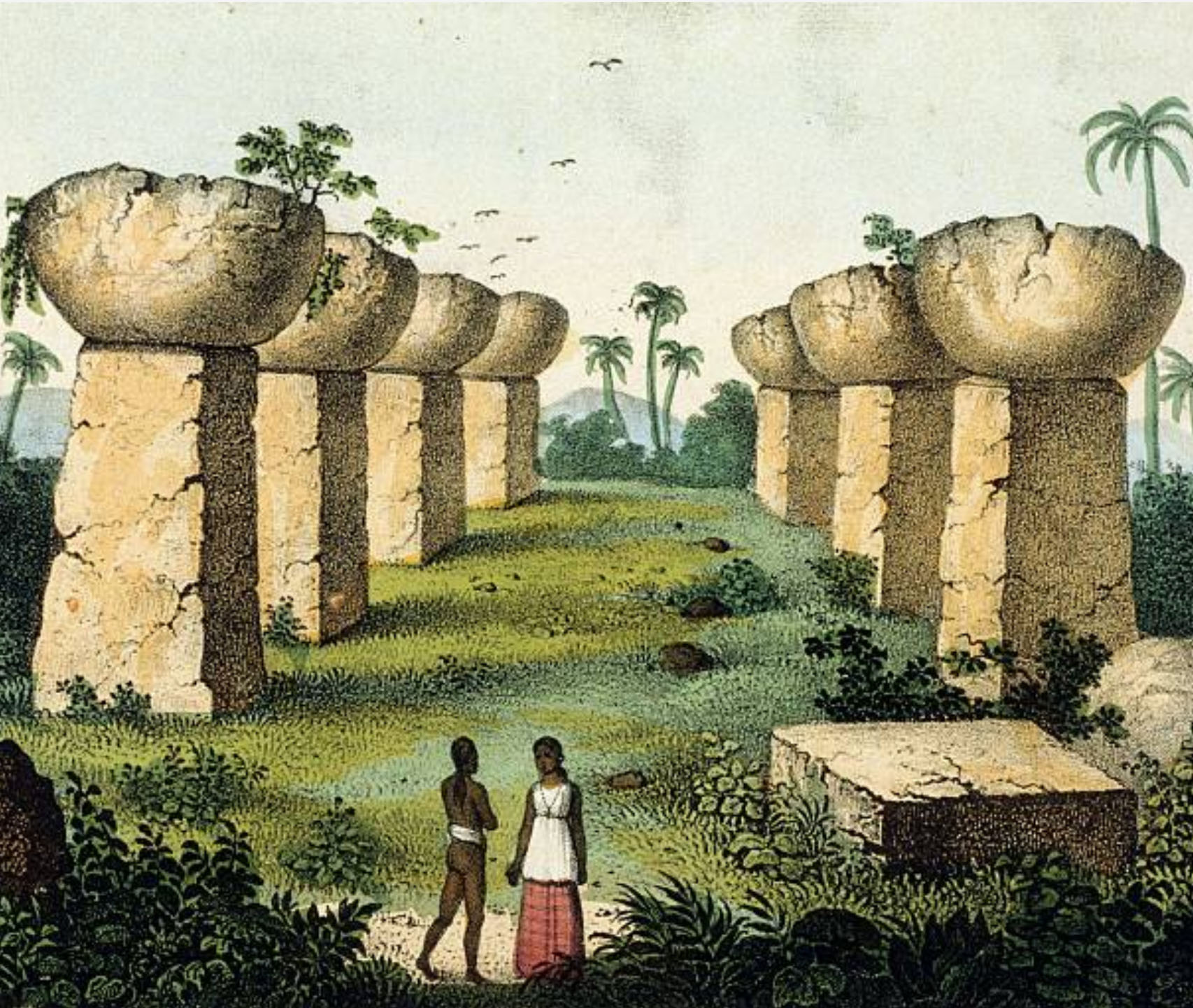 Two waves of Chamorro migration from Yap back to their native islands occurred in 1946 and 1948.

According to Alexander Spoehr, in an article titled, “The Tinian Chamorros,” published in Human Organization, a publication of the Society for Applied Anthropology in 1951, there were 422 Chamorros living on Yap in the aftermath of WWII. The war had destroyed the trading economy of Yap, and the Chamorros, who were mostly copra traders, were significantly impacted.

Spoehr noted the difficulty in ascertaining the chain of events that led to their repatriation back to Saipan and Tinian; however, he said there was no evidence that the Chamorros were coerced into doing so. Spoehr said they were told by the Yapese Administration that should they find the conditions in the Marianas unsatisfactory, they could always come back to Yap.

The first wave of migration happened in 1946 and this group resettled on Saipan. For Spoehr, these Chamorros, with some exceptions, were the later immigrants to Yap.

Chamorros from Guam first started to move to Yap in the latter half of the 19th century. A few more followed when the Germans acquired the Northern Marianas from the Spanish colonial government. Later, during the Japanese Administration, there was another migration of Chamorros from Saipan in the 1930s.

The first batch of Chamorros who returned to the Marianas in 1946 was this group that came from Saipan in the 1930s.

In February 1948, a group of 18 Chamorros were accompanied by the U.S. Navy Civil Administration officials on “an inspection trip” to Tinian and found that their relocation there was “auspicious”. They came back to Yap and made arrangements for their resettlement on Tinian. They arrived in April 1948 via the U.S. Navy LST, Spoehr said.

Spoehr said the Chamorros chose the former Japanese civilian prisoner camp or the site of the leprosarium where to rebuild a community. They called their new village, San Jose.

At the time of their arrival to Tinian, there had been several settlers from Saipan who arrived in 1947.

Then after the arrival of the Chamorros from Yap, some more families from Saipan joined the Tinian community. Among them were Korean-Chamorros who had lived on Rota and Pagan before WWII. They included, Spoehr said, five Korean men married to Chamorro women, and they chose to settle in the Marpo Valley — which Spoehr described as the best farm land on Tinian.

These waves of migration from Yap did not yet include the 100 patients from Yap and the neighboring Pacific Islands who had contracted the Hansen’s disease and were later transplanted to the leprosarium at Puntan Diablo on Tinian constructed by the U.S. Naval Administration in 1948.

Before the arrival of these Chamorros from Yap and Saipan, there had never been a real Chamorro community on Tinian for a very long time. Spoehr said the Chamorros of Pre Contact times were forcibly removed to Guam by the Spanish Administration by the end of the 17th century.

Even when the islands were sold to the Germans in 1899, there was no development on Tinian until the Japanese took over.

Under the Japanese Administration, the island became a sugarcane plantation and where the residents were mostly Japanese and Okinawans.

When the Americans invaded the island in 1944, Tinian became the world’s largest operational air base, and where the atomic bombs that hastily ended the war were loaded on B-29 Superfortress bombers.

The arrival of the Chamorros from Yap was a significant development in the repopulation of the island and in the establishment of the indigenous community.

Spoehr took note of the heterogeneity in the population on Tinian when he came there to do this study in February, April, June, and September of 1950. Some residents on Tinian, he said, were of mixed origin. He found one male who was half Scotch and half Marshallese; one male, half German, half Yapese; one female, Russian of German-Polish ancestry; one female, Chinese-Nauru; and one female, Saipan Carolinian.

“There are a number of adults and children of mixed Chamorro and non-Chamorro parentage,” said Spoehr.

Despite the multi-ethnic backgrounds of these island settlers, Spoehr did not find any animosity between them. He stated the settlers chose the half German, half Yapese as their political leader while the Scotch-Marshallese was the principal enterpreneur.

“There is no marked cleavage between this non-Yap group and the rest of the community, and apparently, they get along quite amicably,” Spoehr’s article said.

Spoehr heaped praise on these two men as “the best educated in the village…very intelligent and energetic.”

Until 1950, the elected leaders of Tinian were from the Yap group of settlers.