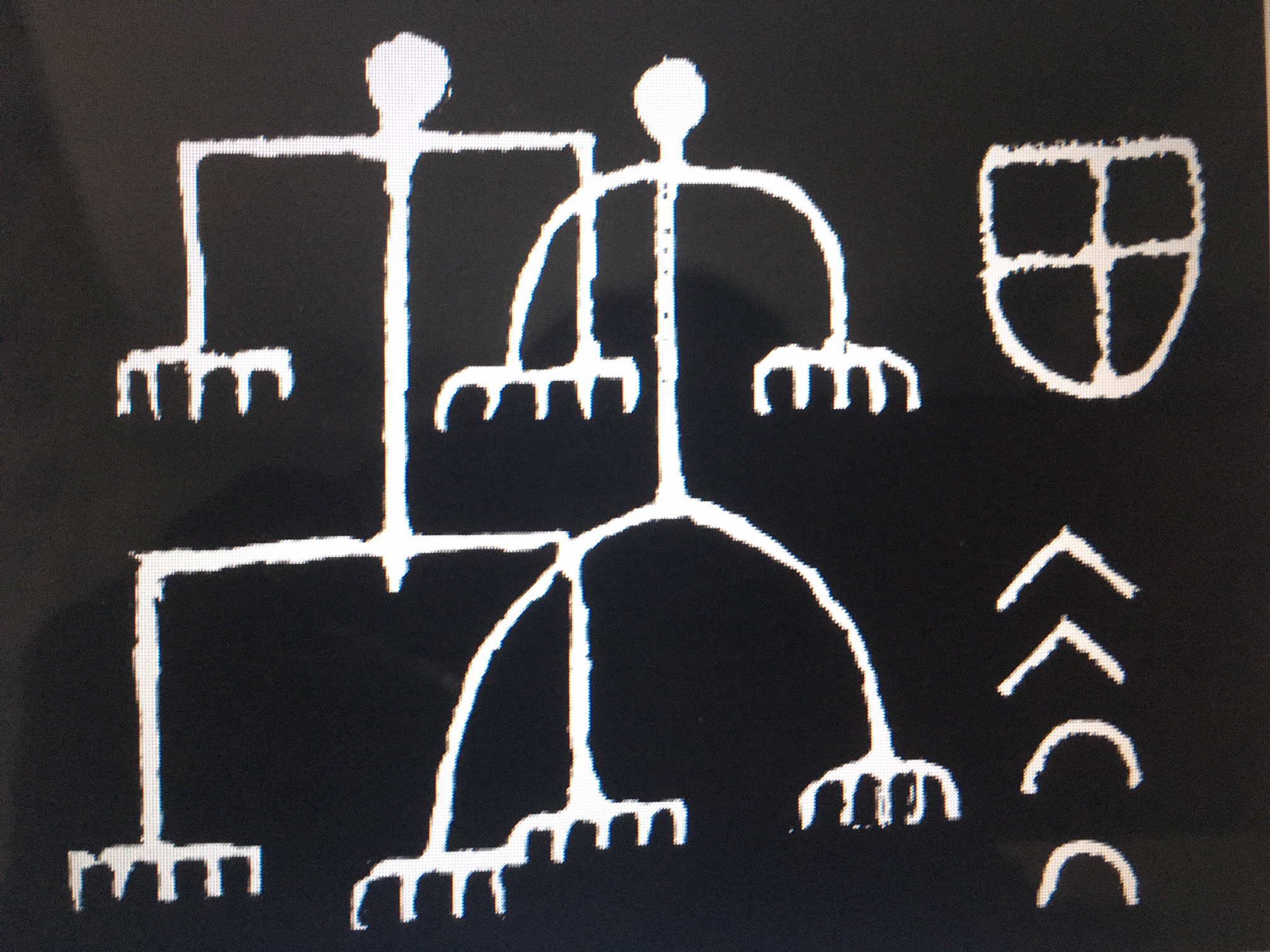 As he disembarked, he stood out like a sore thumb being caucasian with blonde hair and blue eyes. The island had not seen someone like him in a long while.

Anthropologist Hans Hornbostel had just arrived on Rota from Saipan after a two-and-a-half-day sea voyage aboard a Japanese schooner.

Hornbostel was intrigued by the children’s chatter in their native Chamorro. He could understand a little bit of the language because his German-born wife, Gertrude (Trudis Aleman), had been living on Guam since 1904 and could speak English, German, and Chamorro fluently.

To satisfy his curiosity, Hornbostel asked his landlord Juan Taitano what the children were saying, to this Taitano said the children thought his hair looked like the Virgin Mary’s whose statue at the church showed she had blue eyes and blonde hair.

“This statue had been brought from Germany and naturally had blonde hair and not black like those that which come from Spain,” wrote Hornbostel in his 1935 article for the Philippine Magazine.

When out in the village, Hornbostel would soon hear the children call him “big Americano who has hair like our Virgin.”

He thought it was pleasing to his sinful past, “whose soul had become moldy through the wear and tear of many season in the many tropic lands.”

From the beginning, his trip to Rota had proved interesting in many ways. It was a bumpy ride that caused many passengers to either become miserably sea-sick or sick with fear.

With the hull loaded with cargo, all passengers were on deck while the captain and his crew had their quarters.

“The sick and fearful were hard to handle on account of the continual swinging of the boom as the ship came about on a new tack, and it was only by great good luck that some of them were not hurled on the other side,” noted Hornbostel in his article for the Philippine Magazine.

On his second day of the voyage, a woman approached Hornbostel for help because her daughter was going to give birth. Having informed the captain, Hornbostel said the captain laid “a clean blanket on the deck and gave me a pair of scissors and some fish line.”

Just as Estrella, the expecting mother, was being coached by her own mother, Hornbostel would make her sip a little whiskey. When the baby came out, he bathed the scissors with whiskey, cut and tied the umbilical cord.

And a chorus of prayers was heard on the deck. Just as the new mother was praying for her child to reach shore and be blessed by a priest, the others joined asking for a safe journey “for they too feared death without benefit of clergy.”

When the schooner anchored off Rota the following morning, there was a big sigh of relief for many on the deck. For Hornbostel, his adventures had just begun.

He sought Juan Taitano, a former school master during the German period, who was referred by his friends on Saipan. He would be staying with him for the remainder of his time on Rota.

Hornbostel said finding him was never difficult. “It did not take long to find him, for the entire population consisted of only some six hundred Chamorros, men, women, and children, three Japanese officials, and two Koreans—who were on the beach to meet us.”

Taitano found him and was pleased to have him as guest as he had not seen or spoken with a Caucasian in a long while.

In Taitano’s residence Hornbostel found an eclectic mix of influence: on the walls hung portraits of the King and Queen of Spain, German kaiser, Virgin Mary and other saints.

Moreover, he too noticed that Juan’s dog appeared descended from the German dachshund.

As he set out one day to do his field work, he went in the heart of the jungle where he was greeted by “great upright monuments of stone called latte or casas de los antiguos”. These pillars, he said, were believed by the natives to be haunted by the taotao mona. Quarried and erected by the ancient Chamorros long before the Spaniards came to their shores, the latte stones were unique to the islands.

From there he found a cave where he discovered drawings, writings on the wall and he took photographs of these “pictorial records.”