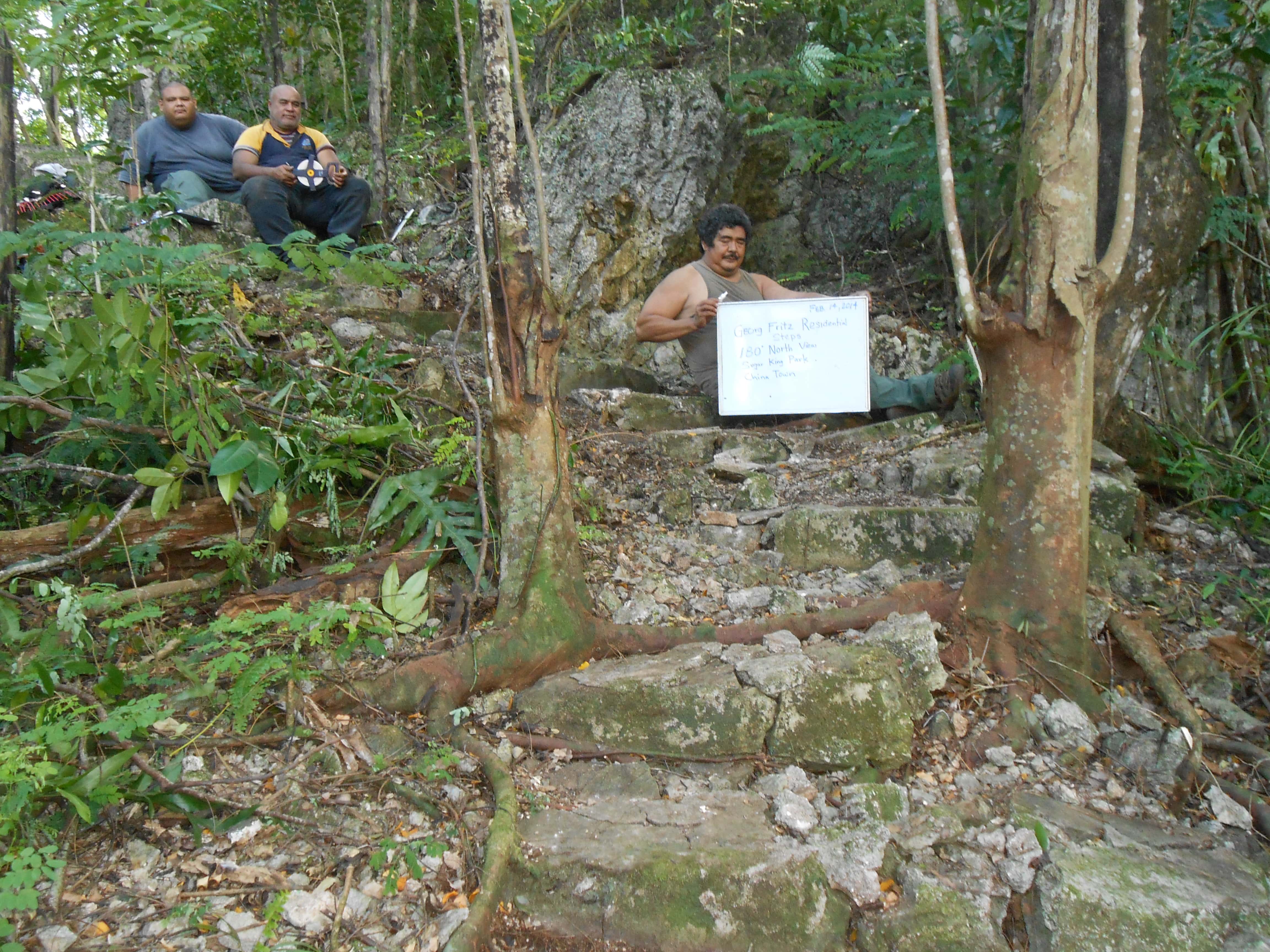 SERENDIPITY led to the discovery of what was left of German Administrator Georg Fritz’ mansion located within the Sugar King Park on Saipan.

Local historian and Humanities Council executive director Scott Russell found the steps when he was working on a separate study about the Shinto Shrine at the park. He knew about the steps and had seen a photograph before but he had never speculated about where the steps might be.

The photograph was in a 1968 booklet where Manuel D.Pangelinan recalled his impressions of the German Administration to Father Sylvan J. Conover, with the former telling the latter that there were only two extant structural remains of the German presence in the Northern Marianas: the mansion’s steps and the house foundation of Hugo von Alpen.

According to Russell, these steps lead all the way to the hilltop where Fritz’ assembled a house he had prefabricated in Japan. Fritz arrived on Saipan in 1899 but the house was finally set up on the hill by 1904.

As an administrator of the islands, Fritz instituted major socio-economic policies that largely benefited the islanders.

Education was made mandatory on April 1, 1900 in contrast to the Spanish period when it was voluntary and church-based. Fritz believed that the more enlightened the citizens became, the better it would be for the economy.

His ideas were far more progressive for his time.

Rather than force the islanders to use German as the language of instruction, they used Chamorro and Carolinian.

His groundbreaking policy: give the islanders the right to own land. It was an incentive for the people to repopulate the islands. Each family was offered a hectare of land.