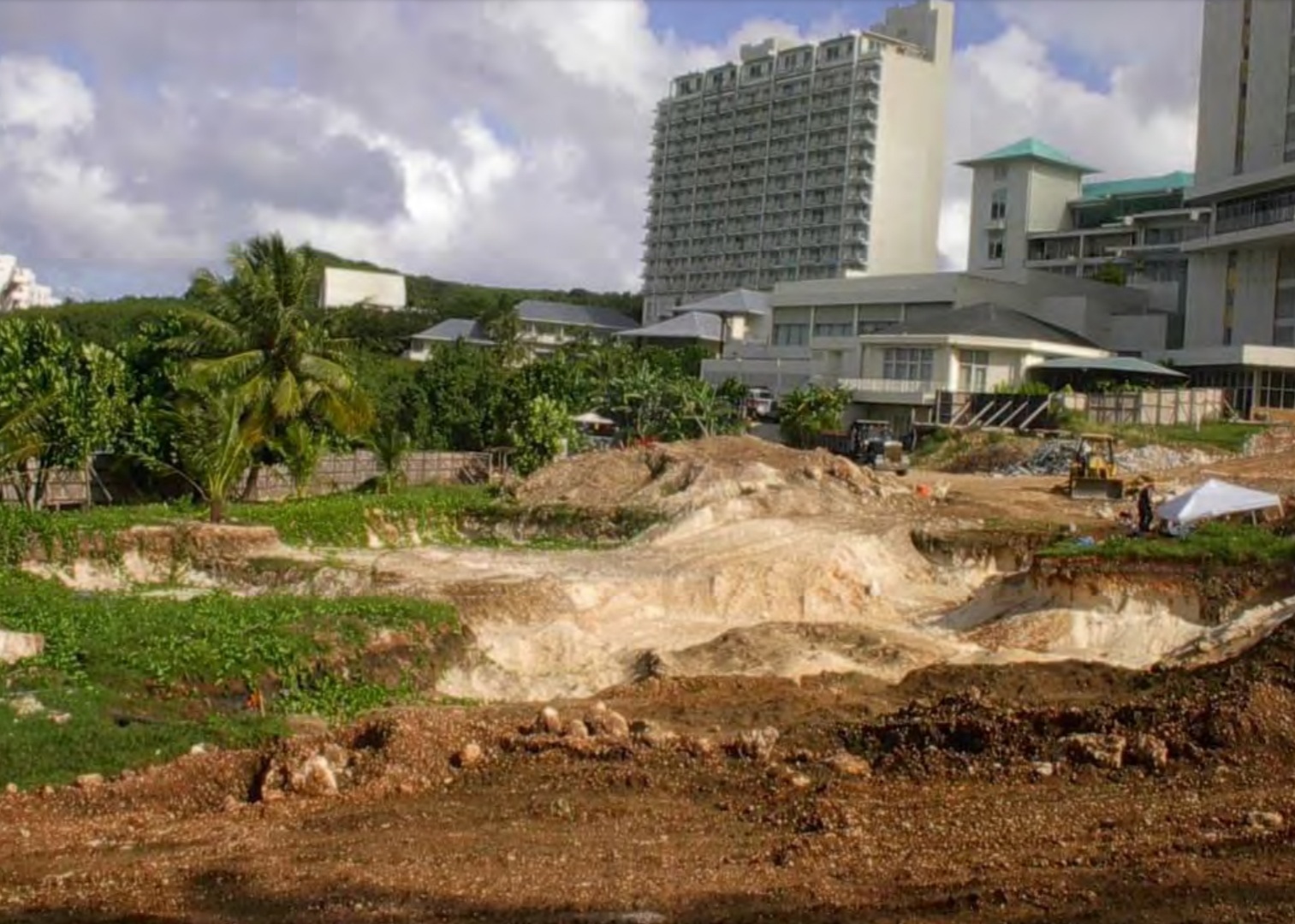 There may have been two major ancient migrations to the Marianas.

A cultural resources management veteran and osteologist Cherie Walth presented at the 3rd Marianas History Conference what they discovered at Naton Beach on Guam. Their recovery efforts yielded the largest sample of Pre-Latte Period human remains on Guam, as well as a large sample Latte Period burials.

A total of 370 human burials had been identified, recorded, and excavated, according to Walth’s presentation. Of the total, 170 were from Pre-Latte Period while 260 were Latte remains.

[Marianas history before Magellan’s arrival in 1521 can be divided into three periods: Pre-Latte, 3500BC to 1 AD; Transitional Pre-Latte, 1 AD to 1,000AD; the larger Latte Period, 1,000AD to 1521. Latte refers to the pillars supporting traditional Chamorro houses and have become the symbol of the Chamorro culture.]

“This represents the largest sample of the earliest inhabitants, the Pre-Latte that has been found to date,” Walth reported.

Walth’s study revealed that the two genetically distinct groups that had inhabited the area may have come from two different homelands in Southeast Asia.

As Walth looked into whether the two groups were related, if they were “essentially one population that came to occupy Guam at different times, or if they were two different groups, she focused on dental traits.

So far, there are two major dental groups in Asia and the Pacific: Sundadonty (mainland and archipelagic Southeast Asia, Polynesia, Micronesia) and Sinodonty (China, East Asia, North and South America). These two groups are differentiated by their dental traits based on the eight key dental traits as identified by anthropologist Christy G. Turner II.

Referencing against the dichotomy of these two major dental patterns, Walth said the Naton samples were more closely related to the Sundadonts. She, however, said that two traits from the Pre-Latte samples showed alignment with Sinodonts and one trait that is neither Sinodont nor Sundadont.

Further, she referenced the mitchondrial DNA study made by Miguel Vilar et al. that looked into the origins of the Chamorros. The study showed the Chamorros share a haplogroup found in Island Southeast Asia but rare in Oceania. The study also showed a mutation in the gene pool that is unique to the Marianas, specifically to Guam and Rota. Walth cited Vilar et al.’s conclusion that the early settlers of the Marianas came from Island Southeast Asia and developed unique mutations in isolation. Walth said the founding group could likely be the Pre-Latte that moved in the area some 3,500 years ago while the subsequent migration 1,000 years ago were the Latte people.

Referencing a 1990 study made by anthropologist Dr. Turner, Walth said he suggested the Latte people may have originated from Borneo.

Moreover, Walth looked into the social and cultural aspects of the two groups based on their dental remains. Samples from the Pre-Latte Period showed labial abrasion while those from the Latte Period had dental incising and betel nut staining.

Although areca nut was native to Guam, Walth noted that betel nut staining was extremely rare in Pre-Latte samples.

She also said that dental incising is rare in the Pacific but she found incising patterns on eight individuals: seven, Latte Period; 1, Pre-Latte.

As to burial practices, she noticed the remains had personal effects with them like slingstones, adzes, shell ornaments, among others. The presence of these grave items, the study said, may suggest levels of social status.

Pre-Latte individuals were buried in clusters and may likely suggest kinship and habitation structures.

As for Latte samples, they found clusters that were all female and another that were males that suggest residence groups.